Winter has officially come for the 2018 Olympics in PyeongChang, and it is epic.

Germany’s figure skater Paul Fentz came blazing onto the ice suited up for battle as thunderous music from Game of Thrones played, thrilling the internet to no end.

Fentz even worked his way through his routine in a golden breastplate. That crimson piece of fabric on his sleeve? A likely playful nod to character Jamie Lannister’s missing hand.

Although the skater planned to tackle a quad in the program, he decided to go for a triple instead. It wasn’t his best footwork. But what’s a Game of Thrones story without a twist?

As far as mashups go, this one is about right. After all, some viewers watch the PyeongChang games much like they watch the HBO series: invigorated, addicted, and feeling vaguely terrified that their favorite major player will wipe out.

Given the passion for this show and the intensity on the ice, it was only appropriate that fans on the internet recapped the proceedings with much emotion.

And you better believe commentators Tara Lipinski and Johnny Weir peppered in all the puns from the fantasy television series.

No one can wait for the show featuring epic dragon battles and a whispering man named Littlefinger to return, but at least fans have this wintry moment.

But apparently, the Night King is the only ice royalty some accept. 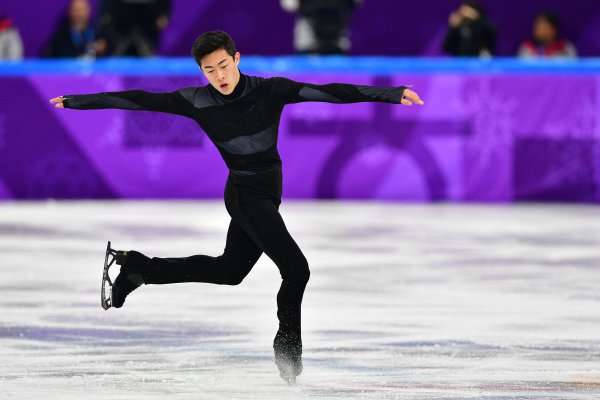 Nathan Chen Just Made History With 6 Quad Jumps. What's That?
Next Up: Editor's Pick