Jamaica First Women's Bobsled Team Lost Their Sled. A Beer Company Told Them to Put it on Their Tab.

Red Stripe beer, which is brewed in Kingston, Jamaica, is stepping in to help the women’s Jamaican bobsled team, which was left without a coach or sled less than a week before Olympic competition.

The beer company, “would love to put the cost of a new bobsled on our ‘bar tab,'” senior marketing manager Andrew Anguin said in a statement.

The team accepted. “We are in possession of the sled, which is a gift from Red Stripe,” Jamaica Bobsleigh and Skeleton Federation (JBSF) spokesperson Kathleen Pulito told USA Today.

On Wednesday, driver coach Sandra Kiriasis left the team after an apparent issue with the Jamaican Bobsled and Skeleton Federation, which wanted to downgrade her to a “track and performance analyst,” according to a Facebook post from Kiriasis. Kiriasis is a 2006 gold medalist from Germany.

Her departure also meant the loss of the team’s sled. Kiriasis was reportedly legally responsible for it and was demanding payment for the sled, according to the BBC.

On Thursday, Red Stripe reached out to the team via Twitter saying, “No bobsled, no problem. If you need a new ride @Jambobsled, put it on @Redstripe’s tab.”

“The games are an incredible honor to compete in, and as a beer proudly brewed in Jamaica and shared with the world, Red Stripe wants to help our athletes realize their dreams,” Anguin continued.

The first ever women’s bobsled team from Jamaica will compete on Tuesday, February 20 in PyeongChang. 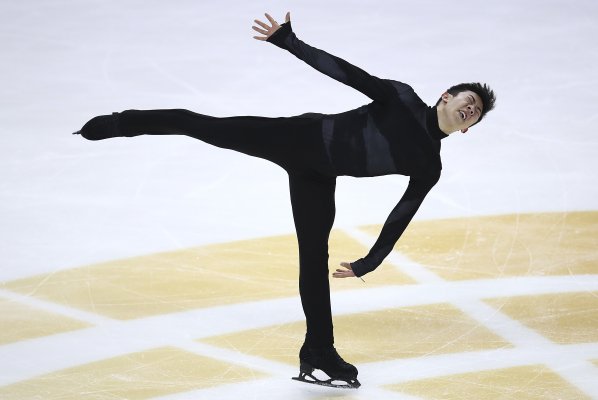 How Nathan Chen Hopes to Redeem Himself
Next Up: Editor's Pick