“While law enforcement is still piecing together the shooter’s motives, some public figures and news reports are focusing on his mental health,” Daniel said in a statement Friday. “It is important to remember that only a very small percentage of violent acts are committed by people who are diagnosed with, or in treatment for, mental illness.”

Many were quick to scrutinize the alleged shooter’s mental health in the wake of Wednesday’s tragedy, particularly in light of reports that he may have sought treatment for mental health issues in the past. President Donald Trump, for one, called the suspect “mentally disturbed” in a tweet, and in his remarks to the nation Thursday promised to “tackle the difficult issue of mental health.”

Such rhetoric has become common following violent acts. A similar conversation emerged following a shooting in a Texas church last year, and after a school shooting in Kentucky last month. Aside from the ethical concerns associated with diagnosing any medical condition from afar, doing so may both oversimplify the issue of mass violence and stigmatize those struggling with mental health issues, Daniel said in her statement.

“Framing the conversation about gun violence in the context of mental illness does a disservice both to the victims of violence and unfairly stigmatizes the many others with mental illness,” she said. “More important, it does not direct us to appropriate solutions to this public health crisis.” 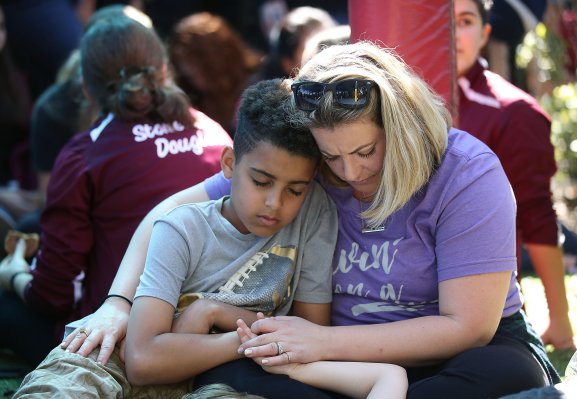 How to Help Your Kids Spot and Report Signs of Mass Violence Before Tragedy Strikes
Next Up: Editor's Pick