A former Playboy model kept handwritten notes about an alleged nine-month affair with President Donald Trump that began in 2006 which outline a series of subterfuges used to conceal it, according to the New Yorker.

A story published Friday morning says that the notes show how Trump, who at that point had been married to Melania Trump for about a year and a half, used a private bungalow at the Beverly Hills Hotel and reimbursements for airplane tickets to keep an affair with Karen McDougal from becoming public.

“No paper trails for him,” McDougal wrote in the notes.

Shortly before the 2016 election, the Wall Street Journal reported that the publisher of the tabloid the National Enquirer had paid McDougal $150,000 for the exclusive rights to the story of McDougal’s affair with the future presidential candidate shortly after he clinched the GOP nomination. The tabloid never ran a story.

The women all describe being escorted to the bungalow by a Trump bodyguard, identified by two of them as future Director of Oval Office Operations Keith Schiller; with Trump interested in eating in the room and watching TV.

McDougal, who told the New Yorker in broad terms that she now regrets her past behavior, is still barred by the Enquirer contract from talking about any relationships she may have had with married men.

“At this point I feel I can’t talk about anything without getting into trouble, because I don’t know what I’m allowed to talk about,” she told the New Yorker. “I’m afraid to even mention his name.” 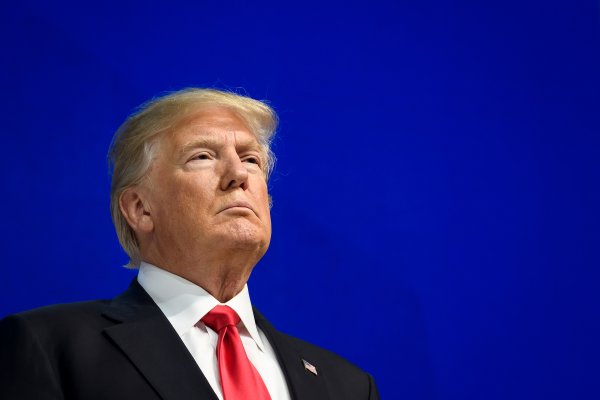 Watch President Trump Address the Nation After the Deadly School Shooting in Florida
Next Up: Editor's Pick