Hot off an undefeated season, Nathan Chen was favored to capture gold, but the Winter Olympics rookie’s mistakes at Thursday’s figure skating men’s event shocked fans and sunk him to 17th place.

The 18-year-old had to follow his once biggest threat, Japan’s Yuzuru Hanyu, who sailed through a sparkling gold medal performance with a jittery showing.

Chen faltered on every jump, costing him points for a shockingly low 82.27. This puts Chen at a severe disadvantage at the bottom of the ranks, so people took to Twitter to say they were heartbroken. Many also urged him on for the upcoming long program on Twitter with words of encouragement.

He’s still the first skater to ever land five quadruple jumps in one program, and his fans are sure this is not the last of Chen.

Most people just wanted to hug him.

He even drew high praise from the likes of former Olympic figure skater Scott Hamilton. 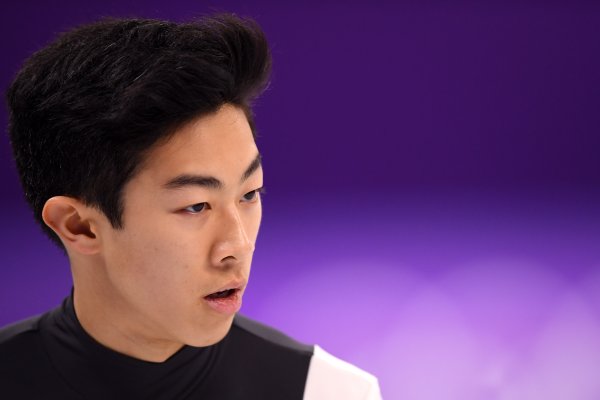