Becoming Numb to School Shootings Won’t Save Anyone

Kristi Gilroy (R), hugs a young woman at a police check point near the Marjory Stoneman Douglas High School where 17 people were killed by a gunman yesterday, on February 15, 2018 in Parkland, Florida. Police arrested the suspect after a short manhunt, and have identified him as 19-year-old former student Nikolas Cruz.
Mark Wilson—Getty Images
Ideas
By Joan Cook

After yesterday’s shooting at Marjory Stoneman Douglas High School in Parkland, Florida, which killed at least 17 people and injured 14 others, many of us are again outraged. But where was our collective outrage at the other 17 school shootings in America this year? Where were we when two people were killed and 19 others injured on January 23 at Marshall County High School in Benton, Kentucky? What were you doing on February 1 when five students were injured by a shooting at Salvador B. Castro Middle School in Los Angeles, California?

We miss valuable lessons when we only become outraged or shocked by school shootings with large casualty counts. It’s hard to stay psychologically present and act as passionately about all the school shootings, but if we want to prevent this from happening again, then we must do exactly that. It seems that lately when we view dramatic images of the mass killing of innocent people on our screens, some of us aren’t registering enough emotions. We seem to be numb, which may allow us to function in our daily lives, but can impair us in other ways.

Some pundits think we’ve gone cold after the killing of 26 individuals, 20 of them children, at Sandy Hook Elementary School in Newtown, Connecticut in 2012. Others wonder if our emotional hardening is the result of our government’s inaction on gun laws. Whatever the reason, we must re-calibrate our emotional tolerance thresholds and maintain our expectations of positive change in this country.

As a trauma psychologist, I often see this emotional numbing in patients and research. But it’s important to stay engaged — even a little enraged — as we learn about the latest mass school shooting in Florida.

After direct exposure to a traumatic event, like combat, physical or sexual assault or a terrorist attack, people often feel a host of intense emotions – shock, anguish, rage, horror and helplessness. Sometimes we get overstimulated. We have an abundance of intense negative emotions and can’t turn off the associated negative images. If we stay in this chronically aroused state for too long, we can get emotionally depleted. Indeed, when male combat veterans experience hyperarousal, a state of heightened alertness and reactivity, their minds sometimes disconnect from their experiences or mute their feelings. Over time, this kind of deadening, if you will, has some bad effects. One, you can’t selectively tune out just the bad. You wind up getting rid of some good as well, and can find yourself having difficulty feeling happiness or feeling distant or cut off from other people.

Second, even after other emotional difficulties are taken into account, early numbing out is a predictor of the development of a serious mental health disorder: post-traumatic stress disorder. Trauma survivors with emotional numbing difficulties have more problems with intimacy, including impairments in marital functioning and parenting.

In a study of former prisoners of war from World War II conducted almost five decades after their captivity, emotional numbing was significantly related to marital discord, above and beyond any other PTSD symptom. If you are not fully present, if you are tuning out your emotions and can’t dial back in, you aren’t engaging healthily with other people.

Sadly, our ability to tune out really bad stuff is not new news. This is true for trauma survivors as well as the rest of us. You can call this a deficiency, a self-protective tool or a conditioned analgesia. But, when we directly experience or witness emotionally overwhelming events, we get autonomically aroused. In order to dampen that arousal, our emotions get suppressed.

This numbing to tragedies has also been called compassion fade, and is likely one of the reasons for inaction of bystanders in the face of brutal events. This psychological process also happens with other terrible situations such as the Syrian refugee crisis or during natural disasters, like wildfires and hurricanes.

Numbing is very effective in the short-run, and may provide us a necessary pause. Sometimes briefly diverting our attention away from major human tragedies can help us refresh and come back stronger and more focused. However, in the long run, the emotions people are trying to avoid, such as sadness or fear, may actually grow stronger. That is, unless dealt with, those emotions don’t go away. They remain undigested and stuck like a bad meal.

If extended periods of emotional numbing are bad for us and our relationships, how can we remain emotionally engaged in a world that seems to be bombarding us with bad, and sometimes, horrific news? First, it’s wise to have compassion for ourselves. Our emotional suppression may be voluntary, where we intentionally shut it off, or involuntary, as in a knee-jerk reaction to feeling overloaded. Regardless, it’s important for good psychological and relationship health to be aware of when we are tuning out and allow ourselves some space in order to come back and be engaged. There is a cost to caring, but in the long run, it’s not good for us or humankind to have decreasing sensitivity to the world’s pain.

This type of numbness is leading us to believe that school shootings are random and out of our control, but that’s not entirely true. If we want to create safer schools for our children, we have to demand better safeguards from this type of violence. In order to do that, however, we can’t be numb. We must be present, aware and as outraged about every school shooting as we are about what happened at Marjory Stoneman Douglas High School this week. 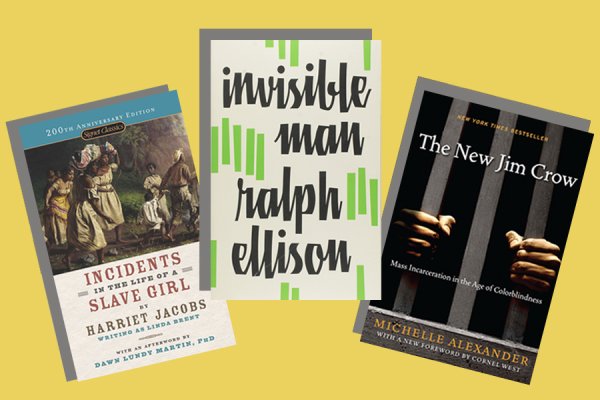 9 Books to Read for Black History Month, According to Scholars
Next Up: Editor's Pick