5 Places Where People Live the Longest and Healthiest Lives

Global life expectancy averages out to 71.4 years. That means, of course, that some parts of the world see much shorter life spans, while others enjoy far greater longevity.

Five places, in particular, fall into the latter category. They’re known as Blue Zones—named for the blue circles researchers drew to identify the first one on a map—and they’re home to some of the oldest and healthiest people in the world. Dan Buettner, author of The Blue Zones and The Blue Zones Solution, told TIME why residents of these places live so long—and how you can steal their habits.

A largely plant-based diet, daily physical activity and familial closeness have given this Blue Zone the highest concentration of male centenarians in the world. (Sheep herders, who tend to walk at least five miles a day, and men with daughters, who may get especially tender care as they age, live even longer than most in this area.) It also doesn’t hurt that the M26 marker, a genetic variant linked to extreme longevity, has been passed down through generations in this secluded community.

Read more: How to Become Less Afraid of Death

Many Blue Zones emphasize family and community, but bonding reaches its peak in this Japanese culture. Okinawans are supported by their moai, a small but tight-knit social circle meant to be there through all of life’s ups and downs, which provides social support strong enough to dull mental stressors and reinforce shared healthy behaviors. The result? A culture that boasts the longest-living women in the world, with many surpassing 100.

Most Blue Zone residents avoid processed food, but Nicoyans take it to another level. The Costa Rican people traditionally get the majority of their caloric intake from beans, squash and corn, plus tropical fruits. This plant-forward, nutrient-dense diet— and plenty of time outdoors—makes for strong, well-nourished bodies. Meanwhile, a plan de vida, or guiding life purpose, helps Nicoyans stay mentally and spiritually fulfilled to age 90 and beyond.

Read more: Is an Anti-Aging Pill on the Horizon?

The U.S.’s only Blue Zone is a haven for the Seventh-day Adventist Church, a Protestant denomination. A shared set of principles, emphasis on community and adherence to the Sabbath—a day of rest, reflection and recharging— help Loma Linda Adventists live 10 years longer than their fellow Americans. Many avoid meat and eat plenty of plants, whole grains and nuts.

A fierce sense of island pride keeps Ikarians invested in their community. That, combined with late bedtimes offset by daily naps and a strict adherence to the Mediterranean diet—eating lots of fruits, vegetables, beans, whole grains, potatoes and olive oil—propels 1 in 3 Ikarians to live into their 90s, often free of dementia and chronic disease. 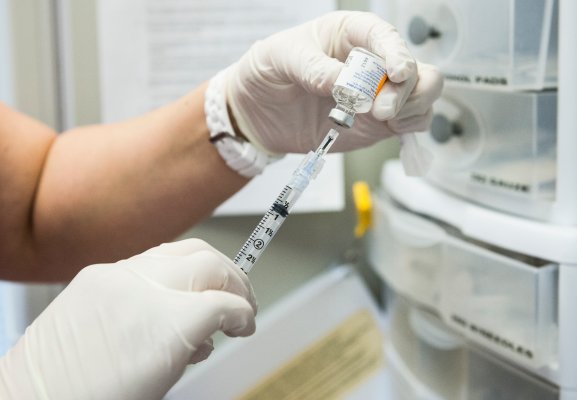 Flu Shot Only Worked a Third of the Time: CDC
Next Up: Editor's Pick