With #MosqueMeToo, Muslim Women Are Speaking Out About Abuse

Mona Eltahawy is an Egyptian author publishing a new book "Headscarves and Hymens: Why the Middle East Needs a Sexual Revolution" photographed in her home on April 12, 2015 in Cairo.
David Degner—Getty Images
By Laignee Barron

Using the hashtag #MosqueMeToo, Muslim women have begun to speak up online about sexual abuse experienced while on the hajj, the annual Islamic pilgrimage to Mecca, and in other religious spaces like mosques. Here’s more.

An unidentified Pakistani woman took to Facebook in February to write about the repeated sexual harassment she encountered while on the hajj in Mecca. A mandatory religious obligation for Muslims, the hajj is a five-day pilgrimage undertaken by about 2 million Muslims each year. The woman subsequently deleted her post, but it encouraged women across the world to share their own stories on social-media platforms.

As women’s accounts of being poked, pinched, groped and in other ways sexually violated on the hajj began to snowball, social-media users converged with the hashtag #MosqueMeToo. Egyptian-American feminist Mona Eltahawy set the hashtag in motion by sharing her own experience of sexual assault on the hajj at the age of 15. Her tweet was shared more than 2,000 times in 24 hours.

Eltahawy said on Twitter that when she first spoke out about being assaulted on the hajj, Muslim women told her to keep quiet or else she would “make Muslims look bad.” Similarly, critics on social media have responded to #MosqueMeToo by suggesting the women are tools of Islamophobia or Western propaganda. Supporters say Muslim women cannot stay silent and continue to suppress the issue of assault in order to avoid negative characterizations of Muslims. 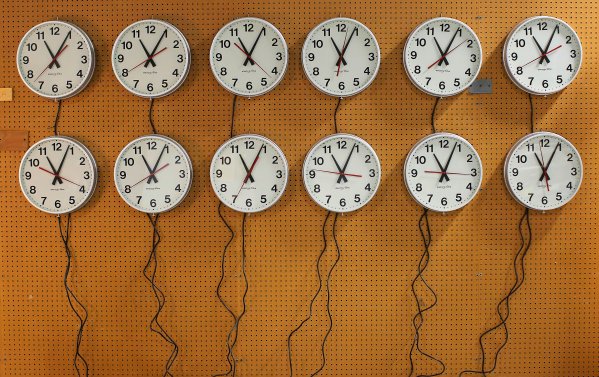 The Countries Stopping the Clock on Daylight Saving Time
Next Up: Editor's Pick