Is an Anti-Aging Pill on the Horizon?

Illustration by Pete Ryan for TIME
By Alexandra Sifferlin

Anti-aging products from skin creams to chemical peels are part of a $250 billion industry, but scientists have yet to discover a longevity elixir that stands up to medical scrutiny. A group of researchers believe they’re getting closer, however, thanks to a compound called nicotinamide adenine dinucleotide, or NAD+ for short.

“NAD+ is the closest we’ve gotten to a fountain of youth,” says David Sinclair, co-director of the Paul F. Glenn Center for the Biology of Aging at Harvard Medical School. “It’s one of the most important molecules for life to exist, and without it, you’re dead in 30 seconds.”

NAD+ is a molecule found in all living cells and is critical for regulating cellular aging and maintaining proper function of the whole body. Levels of NAD+ in people and animals diminish significantly over time, and researchers have found that re-upping NAD+ in older mice causes them to look and act younger, as well as live longer than expected. In a March 2017 study published in the journal Science, Sinclair and his colleagues put drops of a compound known to raise levels of NAD+ into the water for a group of mice.

Within a couple hours, the NAD+ levels in the mice had risen significantly. In about a week, signs of aging in the tissue and muscles of the older mice reversed to the point that researchers could no longer tell the difference between the tissues of a 2-year-old mouse and those of a 4-month-old one.

Now scientists are trying to achieve similar results in humans. A randomized control trial (considered the gold standard of scientific research) from a different group of researchers published November 2017 in the journal Nature found that people who took a daily supplement containing NAD+ precursors had a substantial, sustained increase in their NAD+ levels over a two-month period.

Sinclair takes an NAD+ upper daily. Anecdotally, he says he doesn’t experience hangovers or jet lag like he used to, he talks faster, and feels sharper and younger. His father takes it too: “He’s 78, and used to act like Eeyore,” says Sinclair. “Now he’s going on six-day hikes and traveling around the world.

“I’m not saying we’ve proven it works,” Sinclair adds. “But I can say that if it’s going to work, I hope to be the one to prove it.”

He has competition. Sinclair plans to take his NAD+ research through the U.S. Food and Drug Administration (FDA) approval process and eventually create a pill that could be prescribed by a doctor or purchased over the counter, but another company, called Elysium, is already selling a supplement called Basis that contains compounds known to boost NAD+ levels. (Basis is the supplement tested in the 2017 Nature study.) Leonard Guarente, Elysium’s chief scientist and co-founder–who also directs the Glenn Center for Biology of Aging Research at MIT–says Basis is not intended to extend people’s life spans, but to help them stay healthier for longer.

Eight Nobel laureates are on the company’s scientific advisory board. “I don’t really mind how long I live provided the life is as good as it is now,” says board member Sir Richard Roberts, winner of the 1993 Nobel Prize in Physiology or Medicine (who is 74). “The only difference I’ve noticed is that the skin on my elbows is smoother than it used to be. Whether it’s Basis or something else, I have no idea.”

By bringing Basis to market as a supplement, and not a drug, Elysium is not required to undergo years of clinical research and FDA approval processes. That decision, and the support of prominent scientists, has stoked criticism from some medical-community experts who wonder why Nobel laureates would attach their names to a supplement without much human research behind it. Elysium declined to confirm if the scientific advisory board members are paid.

Although Basis is already available for purchase, Elysium is currently conducting clinical trials of the supplement. This research, plus that of Sinclair and others, may finally reveal whether NAD+ is the health-extending compound they hope it is. 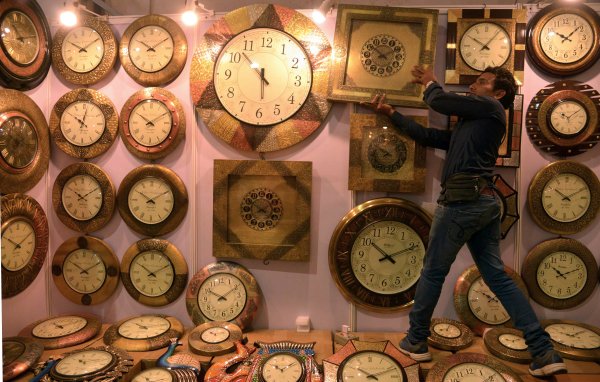 4 Surprising Ways Science is Battling Aging
Next Up: Editor's Pick