The Countries Stopping the Clock on Daylight Saving Time

The European Parliament called for an investigation into daylight saving time on health grounds on Feb. 8, following other legislatures scrutinizing the practice of changing clocks every year. Here’s more.

Critics of moving clocks an hour forward every summer say it disrupts human biorhythms. Supporters say the practice has benefits, like preventing traffic accidents, and a 2014 study found that the overwhelming majority of E.U. member states were happy with it.

In the U.S., states that wish to end daylight saving time must petition Congress, as Arizona did in 1968. But some states want DST to last all year; California and Florida are either considering or pushing bills that would move the clocks an hour forward permanently.

Russia switched to permanent winter time in 2014 after a failed experiment to put clocks on year-round summer time in 2011. The policy apparently caused health issues in northern Russia, where mornings would remain darker for longer during the winter months. 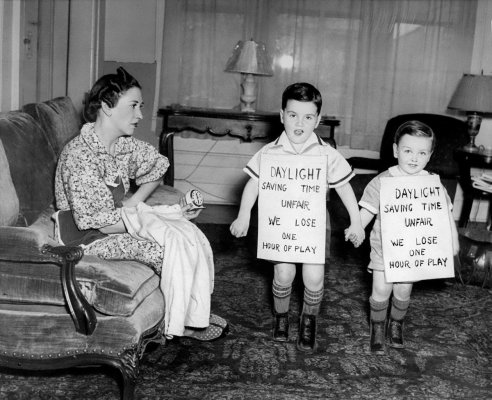 When Daylight Saving Time Was Illegal
Next Up: Editor's Pick