When a 19-year-old former student opened fire at Marjory Stoneman Douglas High School in Parkland, Florida Wednesday, some 3,200 students went into lockdown in classrooms across the campus – one of the biggest high schools in Florida.

As they hid out, locked inside classrooms, some began sharing the terror of their ordeal in real time on social media.

“My school is being shot up and I am locked inside. I’m f–king scared right now,” one student wrote on Twitter.

At least 17 students were killed several were wounded. The gunman, former student Nicholas Cruz, 19, was arrested after fleeing the school. Authorities say he used an AR-15-style assault rifle and had numerous magazines of ammunition with him.

Students who remained inside the school also used their phones to send pictures and videos to friends and family to let them know of their whereabouts.

Another Twitter user posted a video her brother had sent her of a SWAT team clearing the classroom and preparing them to evacuate the building safely.

Students who were interviewed by local media after the were able to exit the school said that teachers and police told them to put away their phones, but that didn’t seem to stop many from continuing to film and document what they were doing in real time.

Twitter user Aiden, who said he was a freshman at the school, also used his social media to post a message of defiance in the midst of the terror: “Long live Marjory Stoneman Douglas High.” 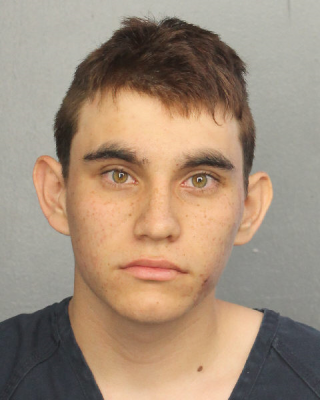 What to Know About Alleged Florida School Shooter Nikolas Cruz
Next Up: Editor's Pick