Condolences from lawmakers and public officials are pouring in amidst reports of a shooting at Marjory Stoneman Douglas High School in Parkland, Fla. At least 14 people were hurt in the incident, according to the Broward County Sheriff’s office.

A suspected shooter was taken into custody as of about 4:10 p.m. on Wednesday, according to the sheriff’s office. Florida Sen. Bill Nelson also told MSNBC he had been told by the school superintendent that there were “a number of fatalities.”

Here’s how officials including President Donald Trump and Connecticut Sen. Chris Murphy, who reportedly immediately took to the Senate floor to call for action on gun violence, reacted to the tragedy. 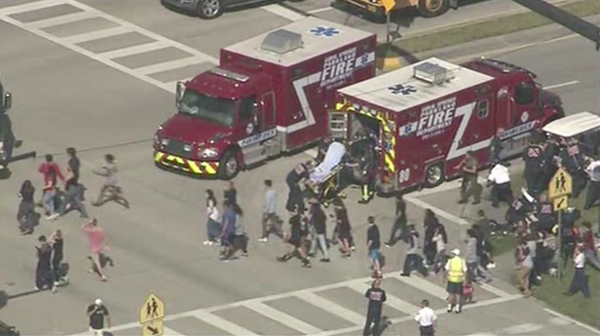 Marjory Stoneman Douglas High School Was Targeted by a Shooter. What to Know About the School
Next Up: Editor's Pick