Everything We Know So Far About the 2022 Winter Olympics

Where are the next Winter Olympics being held?

The next Winter Olympics are being held in China’s capital city of Beijing, in the Hebei province, with some events happening in neighboring towns.

The Beijing Winter Olympics require building major infrastructure, some of which already exists from the 2008 Summer Games (helping to lower costs), according the official Olympics website. China is building six new competition venues for the next Winter Olympics, three of which were previously planned, to augment the six existing venues that were built for the 2008 Games.

Three “Game zones” are being organized in Beijing, Yanqing and Zhangjiakou, with Beijing planned as the venue for the Olympics Opening and Closing ceremonies as well as ice sports, the website says.

Yanqing and Zhangjiakou, which are located northwest of Beijing near a mountain range, will each host different events. All of the skiing events (except alpine) and biathlon will take place in Zhangjiakou, and bobsled, skeleton, luge and alpine skiing will happen in the Yanqing zone.

How much will the 2022 Olympic Games cost?

Hosting the Olympic games is extremely expensive, and costs have only risen in recent years. Countries shell out billions of dollars for a moment in the spotlight on the world stage.

China spent a record $40 billion on the 2008 Olympics, only to be outdone eight years later by Russia, which spent $55 billion on the Sochi Games, taking home the gold for the most expensive Olympics of all time.

How is Beijing preparing for the next Winter Olympics?

Even though the next Winter Olympics are four years away, Beijing is already selling merchandise for the Games and 10 official retail stores are already open across the country, according to China Daily.

There will be 140 licensed products available, ranging from costumes to ceramics and stationary, the newspaper reported. Most of the products will bear the official Beijing logo, “Winter Dream” and be produced mostly in blue and white, the paper said.

Designed by artist Lin Cunzhen, the official emblem for the 2022 Winter Olympics was unveiled in Beijing in December. It depicts a skater at the top of a mountain and a skier at the bottom. The color blue is used to represent “dreams, the future and the purity of ice and snow,” along with red and yellow — the colors of China’s flag — to represent “passion, youth and vitality,” according to the Olympics website.

What’s next for the Olympics beyond 2022?

So far, there are no takers for the 2026 Winter Olympics. Concerned about the massive costs of the games, six European cities rescinded their bids for 2022, which left the International Olympic Committee to choose between Beijing, which won, and Almaty, Kazakhstan, which did not.

Other future Olympic Games already have homes, though. The next Summer Olympics will take place in Tokyo in 2020, followed by Paris in 2024 and Los Angeles in 2028.

The original version of this story misstated the status of Almaty, Kazakhstan. Almaty is not the capital of Kazakhstan, Astana is. 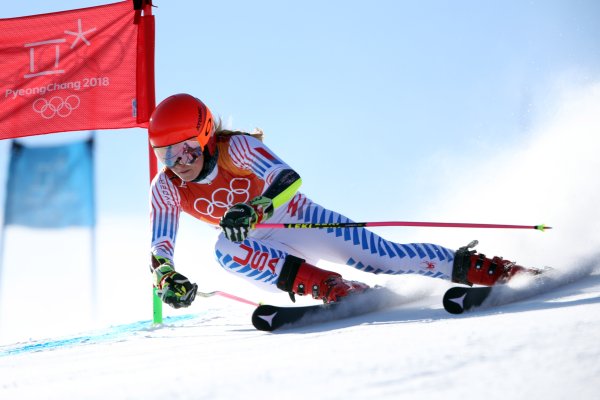 Mikaela Shiffrin Is Going for Another Olympic Gold Medal. Here's How the Alpine Skiing Events Differ
Next Up: Editor's Pick