Although some Olympics enthusiasts may not have known that doubles luge was even a sport when the 2018 Winter Games began on Feb. 8, coverage of the men’s final is now taking the Internet by storm.

As Germany’s Tobias Wendl and Tobias Arlt battled to take home the doubles luge gold for the second Olympics in a row on Wednesday, perplexed viewers took to Twitter to express their confusion over what exactly was going on in the event.

The basic premise of the sport is that a taller luger lays on top of his shorter teammate as they navigate a sled down an icy course at breakneck speeds. However, some watching couldn’t help but wonder…why?

“Who even came up with luge doubles?” questioned Twitter user Nick Walker.

Because the internet loves its jokes and fan fiction, others were quick to note that Feb. 14 seemed like the perfect day for the event to take place. “Doubles luge AKA the sexy Valentine’s Day event – because if you’re gonna hurtle yourself down an ice slide at 120km/h, you may as well do it while awkwardly lying on top of your mate,” joked user Josh Butler.

See some of the hilarious reactions below. 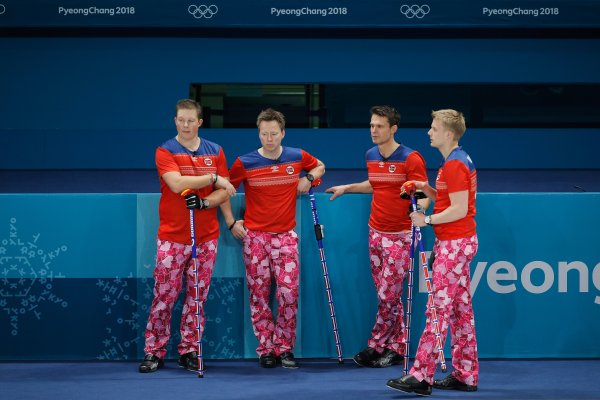