A day after Israeli police recommended that Prime Minister Benjamin Netanyahu be charged with bribery, fraud and breach of trust, the embattled leader responded with the same incredulity and air of suspicion that have characterized his fight for political survival ever since the police investigations began a year ago. On Wednesday morning, Netanyahu compared the police recommendation – which he tried to block through controversial legislation last year – to Swiss cheese.

“After reading the recommendations report,” he told a conference in Tel Aviv, “I can say it is a biased, extreme document that’s as full of holes as Swiss cheese and that does not hold water.” His governing coalition is stable, he added, and there will be no new elections. The message: Move along, folks. Nothing to see here.

Investigators aren’t so sure. Netanyahu faces three separate corruption cases, including his alleged acceptance of $300,000 in gifts over the past 10 years, efforts to gain more positive news coverage in return for political favors to a powerful Israeli newspaper publisher, and a scandal surrounding a $2 billion deal with a German supplier of submarines and missile ships. As the news of these investigations dominated headlines over the last year, calls for Netanyahu’s resignation grew louder, along with massive protests against widespread government corruption.

The allegations have dogged Israel’s prime minister for several months. Yet he has seemed determined to overcome them with every political means at his disposal. Much as U.S. President Donald Trump has done with the Mueller investigation, Netanyahu has sought to weaken the allegations by decrying leaks. After failing to push through legislation that would restrict police from recommending criminal charges, Netanyahu questioned the integrity of the Police commissioner overseeing the investigation — a commissioner Netanyahu himself appointed.

If Netanyahu’s future as the country’s leader is in doubt, no one told his Likud Party. On Wednesday, as the opposition called for the Prime Minister to step down, a wave of Likud members echoed his denunciations of a witch hunt by the media and political opponents. In a statement, Coalition Chairman David Amsalem (Likud) claimed, “We are talking about an illegitimate process that endangers every democratic country in the world. In a democratic country, the government is overturned at the ballot box and not by the army or the police.”

The prime minister’s supporters have instead sought to cast blame for the scandal elsewhere, pointing fingers at Yair Lapid, a leading opposition lawmaker who served as one of 80 witnesses in the bribery investigation and a former economic minister under Netanyahu. Speaking to Israeli reporters on Tuesday night, Culture and Sports Minister Miri Regev (Likud) said, “I’m not surprised by the police’s recommendations, they were foretold and carry no legal weight.” The real revelation, she said, was Lapid’s “attempt to take down Netanyahu and the Likud in undemocratic ways.”

The question of whether the scandal will indeed take down Netanyahu won’t be answered for some time. The police recommendations will now go to Israel’s attorney general, who will decide whether or not to indict Netanyahu on any or all of the recommended charges. If he is indicted, says Simon Perry, a professor at Hebrew University’s Institute of Criminology and co-director of the Program in Policing and Homeland Security, he would likely step aside while he’s caught up in court hearings. Yet neither an indictment nor Netanyahu’s likelihood of stepping down as a result, are a certainty. A sitting Israeli prime minister has never been formally charged, so there is no legal precedent for comparison. The process will take between six and 18 months, according to Perry, a former policeman who investigated various politicians including the late Prime Minister Ariel Sharon.

Should Netanyahu be forced to resign, there is no obvious successor to step into the frame. But he shows no inclination to do so.

However Israeli leaders have stepped down over far less serious allegations, Perry says. The late Yitzhak Rabin resigned from his first term as prime minister in 1977 all because his wife had a bank account in the U.S. and didn’t declare it to authorities. “He went home for that,” says Perry, who counts the current police commissioner as a friend and former student. “In Israel, the police commissioner doesn’t give discounts to anyone. There’s nothing the prime minster could do to prevent it. And he did try.” 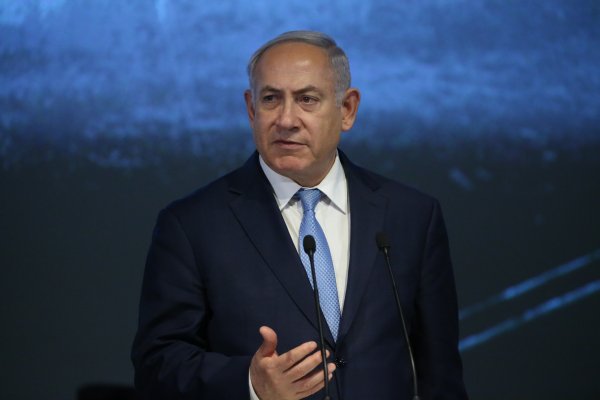 Israel's PM Could Be Indicted for Corruption: Reports
Next Up: Editor's Pick