A climber died after falling at least 700 feet on Oregon’s Mount Hood Tuesday, and seven others who were stranded have been rescued, according to the Clackamas County Sheriff’s office.

“All told, seven climbers in two groups have been taken down or off the mountain,” the Clackamas County Sheriff’s office confirmed on Twitter Tuesday night.

Responders embarked on a search and rescue mission on Mount Hood Tuesday night with a forecast of 18 degrees Fahrenheit with a wind chill factor of -1 and a high chance of snow, according to the National Oceanic And Atmospheric Administration.

“We are fighting against time as the heavy weather is supposed to be rolling in this evening, and they are trying to get there as quickly and safely as possible to get the folks out,” Sergeant Brian Jensen told the media Tuesday afternoon, who also noted that conditions on the mountain were “treacherous.”

The climber who died was airlifted from via helicopter the mountain earlier Tuesday afternoon, but was pronounced dead on arrival upon reaching the hospital. Authorities have not released the identity.

Two climbers who were with the deceased climber recently returned to Timberline Lodge after being stranded at Hogsback.

Earlier on Tuesday, the Clackamas County Sheriff’s office said one group of four hikers was stranded, one of the climbers had been injured, and another climber had fallen.

On Tuesday evening, one group of three hikers returned with rescuers.

According to data compiled by The Oregonian, there have been at least 100 fatalities on Mount Hood since 1883. Prior to Tuesday, the most recent fatality on Mount Hood was in August of 2017. 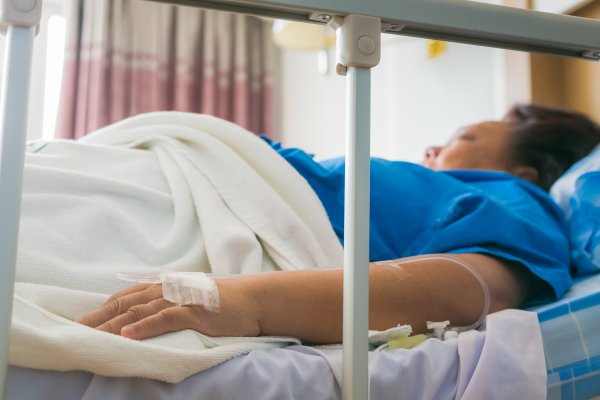 Undocumented Woman Cleared for Liver Transplant
Next Up: Editor's Pick