Chemicals known as perfluoroalkyl substances (PFAS)—used frequently in fast-food wrappers and other products for their oil- and water-repellant properties—have been linked to hormone disruption, immune dysfunction, high cholesterol and even cancer. Now, a new study suggests that exposure to the chemicals could make it harder to keep weight off after dieting.

The study, published in PLOS Medicine, found that levels of PFAS in the blood were linked to greater weight gain in a group of people who had recently shed pounds, especially among the women. Another finding may hint at why: People with higher blood levels of PFAS also had lower resting metabolic rate, meaning they burned fewer calories during normal daily activities.

PFAS are already referred to by scientists as “obesogens,” or chemicals that disrupt normal metabolic processes and increase the chances of weight gain across one’s life. Previous research—mostly in animals—has also found links between the chemicals and obesity. But that hasn’t stopped PFAs from being widely used in products such as food wrappers, paper and textile coatings and non-stick pots and pans. These chemicals can also accumulate in the food chain and have been found in water supplies near industrial sites, military bases and wastewater treatment plans throughout the United States.Researchers studied health records from a group of 621 overweight and obese people who had participated in a two-year weight-loss clinical trial in the mid-2000s, looking specifically at the amount of PFAS in the participants’ bloodstreams when they first entered the trial.

In the new study, people were placed on heart-healthy diets, and they lost an average of 14 pounds in the first six months. They also gained back an average of 6 pounds over the next year and a half. Researchers found that the amount of PFAS in people’s bloodstreams didn’t affect how much weight they lost during the study. But it did seem to affect what happened next.

Those who gained the most weight back had the highest blood concentrations of PFAS. The link was seen almost exclusively in women: those in the top third for PFAS blood levels regained 2.7 to 4.9 pounds more than women in the lowest third.

“The sex-specific difference did surprise us a little bit,” says senior author Qi Sun, assistant professor in the Department of Nutrition at Harvard T.H. Chan School of Public Health. “But we also know that PFAS can interfere with estrogen metabolism and functioning, so this may be why we see this observation mostly in women.”

The study also found that people with the highest PFAS concentrations had lower resting metabolic rates—the rate at which they burn calories while doing daily activities. “People with lower metabolic rates are more likely to accumulate a lot of fat in the body, so this may be a very important part of the problem,” says Sun. (It’s still unclear, he adds, why exactly PFAS might affect resting metabolic rate.)

It’s possible that people with higher PFAS concentrations in their blood at the start of the study ate more packaged and fast foods—a common source of these chemicals—and were more likely to relapse later and revert back to high-fat, high-sugar food options, researchers say. But they did control for socioeconomic and lifestyle factors in the new analysis (including cravings for hamburgers, French fries and donuts), and they say the findings remained unchanged.

Although some PFAS have been phased out of consumer and industrial products in the United States, the production of others continues and may even increase, the authors write in their paper. “These findings suggest that environmental chemicals may play a role in the current obesity epidemic. Given the persistence of these PFAS in the environment and the human body, their potential adverse effects remain a public health concern.”

Sun says it’s “basically impossible” for Americans to avoid PFAS completely, since they’re so ubiquitous in consumer products; they’ve also been found in drinking water and contaminated seafood, and can persist in the environment—and in the human body—for many years. But people can still take actions to reduce their risk of PFAS-associated health complications, he says.

“We know that PFAS exist in food packaging materials, like fast-food wrappers and microwave popcorn bags,” he says. “If you don’t eat those foods, you can possibly reduce your exposure.” 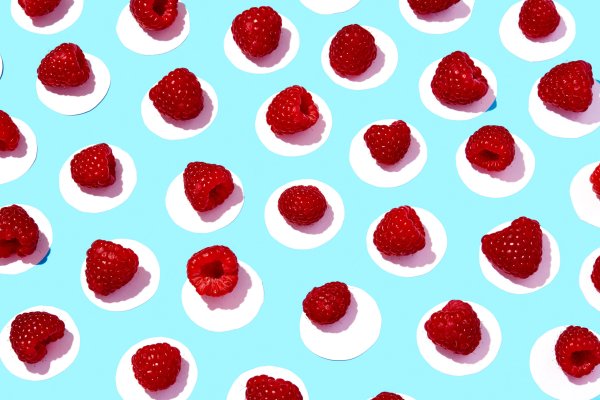 Eating Fruit Can Actually Help You Lose Weight. A Nutritionist Explains
Next Up: Editor's Pick