Meek Mill’s recent prison sentence has garnered him the support of luminaries such as Colin Kaepernick, Jay Z, and even his formal rival Drake, but it looks like Meek’s case has now reached the slopes of the 2018 Winter Olympics in Pyeongchang, South Korea as well.

Slovenian snowboarder Tit Stante used his time during the Olympic halfpipe qualifiers to show his support for Meek Mill holding up his snowboard, on which he had written #FreeMeekMill with a black marker.

The rapper was sentenced in November of last year to two to four years in Pennsylvania state prison for violating his probation for a 2008 conviction of drug dealing and gun possession. His recent sentence has been widely critiqued as harsh and racially motivated. 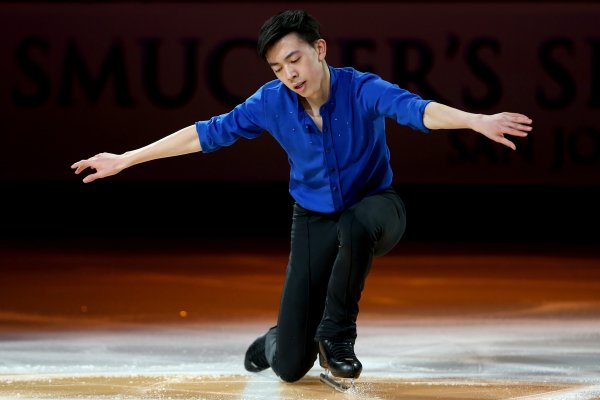 Vincent Zhou Just Fired Back at a Reporter Who Said Figure Skating Isn't a Sport
Next Up: Editor's Pick