Team USA luger Emily Sweeney was knocked out of the Olympics after a terrifying crash in the final heat at the Pyeongchang Winter Games.

Sweeney, who was competing in the Olympics for the first time, lost control at curve 9 of the Alpensia Sliding Centre track, crashing against the sides before falling off her sled.

She was attended by medical personnel before finally standing up and walking, roughly ten minutes after her crash, the Associated Press reported.

Sweeney avoided sustaining any serious injury during her crash in the final heat of the competition, but she is still out of the games, according to AP.

Spectators and viewers at home took to social media, with some concerned that Sweeney appeared to have hit her head and neck.

Sweeney was able to get up and flash a smile to fans as she walked alongside the track, where she was greeted with cheers.

The on-site doctor said that Sweeney was “banged up” but had no broken bones following the crash, USA Today reported. As she was helped into an ambulance, Sweeney reportedly assured spectators, “I’m fine.”

Doctors said she suffered bumps and bruises, according to the AP. 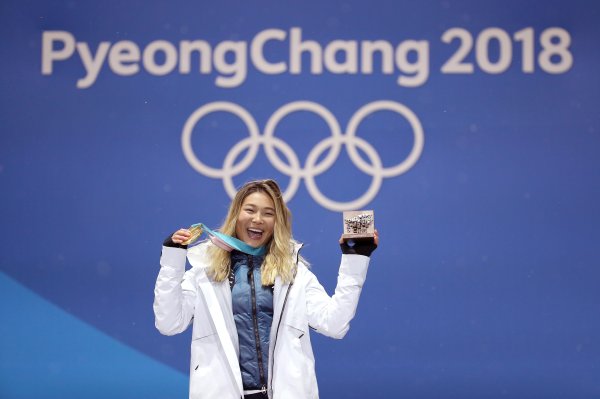 Chloe Kim Celebrated Her First Olympic Gold Medal Like the Snack Hero She Is
Next Up: Editor's Pick