The forward notched the two scores in the team’s preliminary round game against Russia, in a game Team USA won 5-0. The back-to-back goals broke the Olympics record set by Sweden’s Carl-Göran Öberg, who scored two goals in an eight-second span at the 1960 Winter games in Squaw Valley, California.

Lamoureux-Davidson, who plays on Team USA with her sister Monique, helped the American women win silver medals at the 2010 Olympics in Vancouver, Canada and the 2014 games in Sochi, Russia.

Read more: All the Medals the U.S. Has Won in the 2018 Winter Olympics

Off the ice, she has been a vocal advocate for equal pay. Last March, Lamoureux-Davidson and her teammates announced they would boycott the world championship unless they received more comparable compensation to the national men’s hockey team. The team struck a deal with the sport’s governing body later that month. 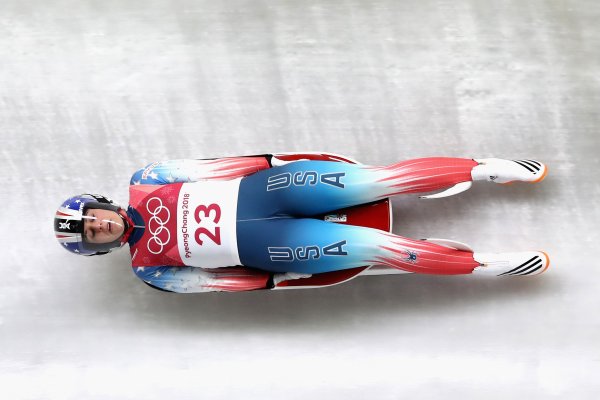 American Luger Emily Sweeney Knocked Out of Olympics After Terrifying Crash
Next Up: Editor's Pick