Fewer Scientists Are Studying Insects. Here’s Why That’s So Dangerous

In the summer of 2016, Jerome Goddard, a medical entomologist in Mississippi, received an email from the U.S. Centers for Disease Control and Prevention (CDC) with a desperate ask. The agency was conducting an “urgent” search for insect scientists around the U.S. who could take up to a six-month paid leave from work to help the CDC fight the Zika outbreak in the U.S., and possibly respond to areas with local transmission if needed.

“That’s how bad it is—they need to borrow someone,” says Goddard, an extension professor of medical entomology at Mississippi State University. “We can’t find people to investigate an outbreak.”

Medical entomology—the study of insects and arthropods that impact human health—has been a shrinking field for at least two decades, and the lack of bug scientists is now interfering with the nation’s ability to respond to infectious disease outbreaks. The CDC, which has about 12,000 employees, only has 13 medical entomologists on staff.

The dwindling workforce has serious consequences for human health; diseases spread by insects are on the rise in the United States. Chikungunya, a new disease spread by mosquitoes, has emerged in the past five years, and since 1999, seven new tick-borne diseases have been discovered in the United States. Cases of Lyme disease have increased from a reported 17,209 in 2001 to 36,429 in 2016—a 111% rise. (The CDC estimates that the number of people diagnosed with Lyme disease each year in the U.S. is much more—around 300,000.)

The recent emergence of the mosquito-borne Zika virus, in 2015, has heightened scientists’ concerns. At the start of the Zika epidemic, little was known about the virus’s ability to cause serious medical problems, and the CDC had to perform nearly 200,000 diagnostic tests itself. Amid the already complicated outbreak, a serious gap in the country’s response became clear: There simply were not enough scientists trained in medical entomology available to respond.

“We discovered during the Zika response that we didn’t have enough entomologists to send them out and consult,” says Ben Beard, the deputy director of the division of vector-borne diseases at the CDC’s National Center for Emerging & Zoonotic Infectious Diseases in Fort Collins, Colorado. “Not only that, but the states don’t have them and the counties don’t have them. Where have all the entomologists gone?”

Researchers in and outside of the CDC say that young people are more interested in genetics and lab work than identifying and collecting bugs. “As professors have retired, they have been replaced with people who don’t have the practical field and control experience or even interest,” says Janet McAllister, a medical entomologist at the CDC. That leaves a concerning knowledge gap in today’s young entomologists, she says.

MORE: Zika Linked to a Spike in Birth Defects in the U.S.

One possible reason why entomology is so unpopular is that young scientists just aren’t learning about it. A few years ago, Goddard searched publicly available American and Canadian medical school curricula and found that only 11 of 120 participating institutions included course content about arthropods. “We need people who can go out in a village, town or jungle and figure out what a disease is, where is it coming from, what’s the host, what’s the vector, and what the heck can we do about it,” he says. “There are hardly any of these people.”

Entomology is also one of many scientific fields that has been hit hard by budget cuts. When funding to hire and keep entomologists falls at the federal and local levels, Beard says it drives down the number of PhD candidates at universities who can graduate and find jobs.

That becomes a major problem when there’s an outbreak. During those times, the need for medical entomologists increases, and funding spikes accordingly—but typically only temporarily. In 1999, the mosquito-borne West Nile Virus appeared in the United States, and by 2004, it was endemic in 48 states. That year, federal funding for state and local West Nile Virus surveillance and prevention efforts reached a high of $24 million per year. But an assessment years later revealed that funding had dropped, and the proportion of states with adequate access to medical entomologists fell about 10% from 2004 to 2012. Those same gaps were clear during the Zika response, as the CDC struggled to find enough entomologists to respond to states’ requests for help.

Yet despite the need, the number of young scientists entering the medical entomology field remains low, and it’s contributing to inadequate mosquito surveillance and control systems across the U.S. In 2017, the CDC and National Association of County and City Health Officials (NACCHO) surveyed 1,083 vector control organizations throughout the U.S. and found that 84% reported needing improvement in at least one core competency area, like pesticide resistance testing, routine mosquito surveillance and species identification.

The CDC is working to address the gap. In 2017, the agency announced that it was providing nearly $50 million in funding to universities in order to establish centers of excellence to help address emerging vector-borne diseases in the U.S. The five centers are tasked with providing training to rebuild what Beard calls “the next generation of public health entomologists,” as well as research and other partnerships to help the U.S.’s ability to quickly and adequately respond to insect-spread diseases. In total, the CDC is providing $220 million in supplemental funding for state, local and territorial health departments, non-profits and universities to support efforts related to Zika and health outcomes from the virus.

“This represents a commitment to rebuild that capacity to create new jobs and train new students,” Beard says, “but also to train people who work in this area to make sure they have the skill sets to do this. Zika was a real shot in the arm to accomplish this.” 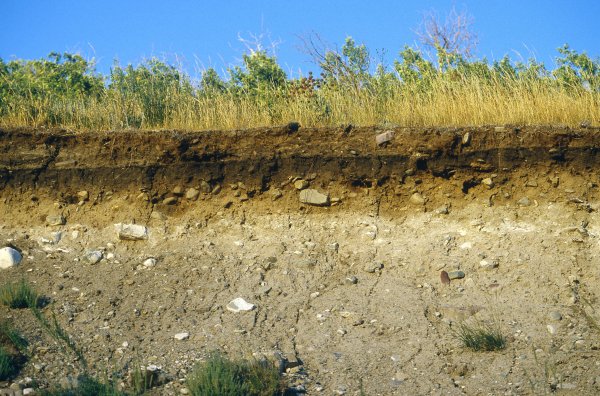 Scientists Have Discovered a Potential New Antibiotic—In Dirt
Next Up: Editor's Pick