The #MeToo movement that has seen women come forward to expose pervasive sexual harassment has “staying power” and will not succumb to a backlash, according to Supreme Court Justice Ruth Bader Ginsburg.

The reckoning that has toppled alleged sexual predators from positions of power in the entertainment industry, media and government is “too widespread” to risk a “serious backlash,” Ginsburg said in an interview with CNN’s Poppy Harlow at Columbia University on Sunday. “It’s amazing to me that, for the first time, women are really listened to,” she said. “Because sexual harassment had often been dismissed as, ‘Well, she made it up,’ or ‘She’s too thin-skinned.’ So I think it’s a very healthy development.”

Ginsburg, 84, spoke with Harlow in a wide-ranging and sometimes personal dialogue that touched on her own experiences of sexism, the 2016 presidential campaign, and the Equal Rights Amendment, for which Ginsburg is a vocal proponent.

Ginsburg said that “sexism played a prominent part” in the 2016 presidential race, where a “macho atmosphere” created an unequal disadvantage for Democratic candidate Hillary Clinton, who Ginsburg said “was criticized in a way … no man would have been criticized.”

Ginsburg, who has given several speaking engagements during the Court’s winter recess, avoided making a direct reference to President Donald Trump. But the Supreme Court Justice defended some of the institutions that have come in for particular criticism during his administration, including a free press, which she said “is of tremendous importance to a society,” and an independent judiciary, which she said is one of the country’s “hallmarks,” but one that requires lawyers and other figures to defend its integrity against attacks.

Ginsburg publicly clashed with Trump in July 2016 after she told CNN that the then Republican presidential candidate, was a “faker.” Trump responded by calling for Ginsburg to resign, saying her mind was “shot.” Ginsburg later said she regretted the comments. 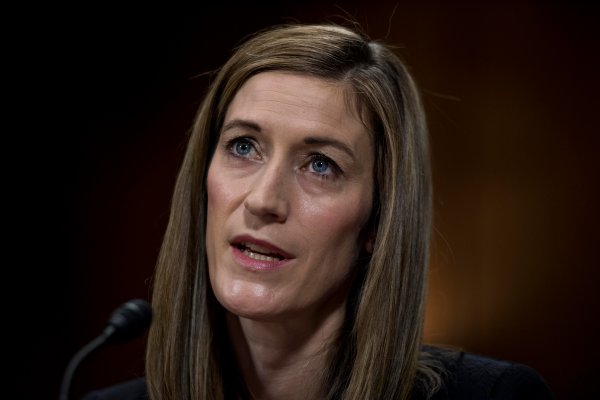 Top DoJ Official Steps Down Amid Trump Tensions
Next Up: Editor's Pick