Trump Just Went After the #MeToo Movement: 'Lives Are Being Shattered'

President Donald Trump on Saturday tweeted that “lives are being shattered and destroyed” by “mere” allegations, and lamented what he framed as a lack of due process.

Though the subject of the tweet is unclear, it comes just a day after Trump defended former staff secretary Rob Porter, who resigned amidst allegations of domestic abuse from his two ex-wives.

“He says he’s innocent, and I think you have to remember that,” Trump said Friday. “He said very strongly yesterday that he’s innocent.”

In the tweet on Saturday, Trump wrote that “some [allegations] are true and some are false. Some are old and some are new. There is no recovery for someone falsely accused — life and career are gone.”

The president has offered similar defenses in the past, such as after former Alabama Senate candidate Roy Moore was accused of having inappropriate relationships with underage girls.

“He says it didn’t happen,” Trump told reporters in November. “You have to listen to him, also.”

More than a dozen women have accused Trump of sexual misconduct. He has repeatedly denied the allegations. 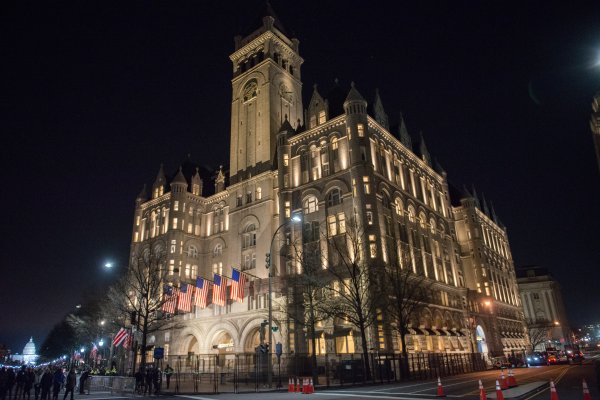 It Looks Like Trump Magazine Is Back
Next Up: Editor's Pick