Former Olympic swimmer Ariana Kukors on Friday posted an emotional essay detailing what she calls years of “pain, trauma, horror, and abuse” at the hands of her former coach, Sean Hutchison.

Kukors, now 28, alleges in the essay that Hutchison, who coached her starting from age 13, “groomed” and manipulated her for years, before their relationship eventually turned sexual. After the 2012 Olympics, Kukors writes, she quit swimming and moved in with Hutchison in Seattle.

“I think back on those times now, tearfully asking why no one helped me…why no one stepped in to save me from this monster,” Kukors writes. “It’s still hard to comprehend, but Sean had perfected the art of grooming; I wasn’t even aware I needed saving.”

USA Swimming investigated the alleged relationship between Kukors and Hutchison in 2011, after the publication of a Washington Post article including allegations against Hutchison. Kukors says she was asked just 19 questions throughout the course of the investigation.

“I was scared. I lied. I have never felt more alone in my life,” Kukors writes.

Hutchison’s named was cleared, and he has not been charged with a crime. Hutchison continues to deny that the relationship was at any time inappropriate.

“At no time did I ever abuse Ariana Kukors or do anything with her that was not consensual,” Hutchison said in a statement released by his attorney. “I absolutely deny having any sexual or romantic relationship with her before she was old enough to legally make those decisions for herself. Prior to that time, I did nothing to ‘groom’ her.”

In her essay, Kukors writes that she chose to set the record straight “for the sake of the little girls and boys whose lives and futures hang in the grasp of a horribly powerful and manipulative person,” and, “Because the time for change is now. It’s time to change the way we talk about sexual abuse, the way we respond to sexual abuse, and the way the system understands and prevents sexual abuse. And with all my heart, I hope that each and every abuse victim knows their story matters, it is important, and their voice will be heard whenever and however they choose to use it.”

Kukors’ essay comes just a few weeks after more than 150 former and current Olympic gymnasts detailed abuse by former team doctor Larry Nassar. USA Swimming has had its own brushes with abuse: In 2010, the organization revealed that sexual misconduct allegations were behind many of the lifetime bans handed down by the sport. 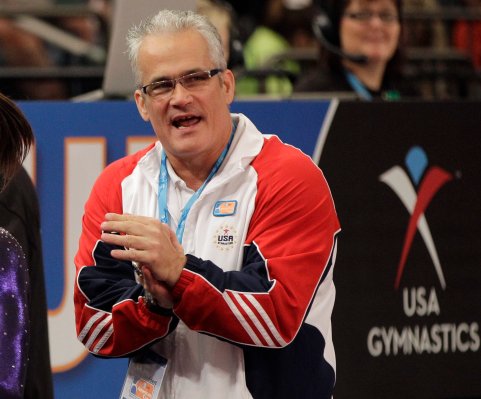 Olympic Gymnastics Coach Dies by Suicide After Being Charged
Next Up: Editor's Pick