The Winter Olympic dreams for Nigeria’s first-ever bobsled team became a reality on Feb. 9 when the team stepped into the arena during the 2018 Opening Ceremony in PyeongChang, South Korea.

The bobsled team — composed of athletes Seun Adigun, Akuoma Omeoga and Ngozi Onwumere — and Nigeria’s history-making skeleton athlete Simidele Adeagbo are the first to compete for the country at the Winter Olympics, and viewers watching NBC’s primetime broadcast of the Opening Ceremony Friday night could barely contain their excitement.

Onwumere carried Nigeria’s flag at the Opening Ceremony, where the 92 competing countries participated in the parade of nations following a performance honoring South Korea’s history and culture. This year, more athletes than ever before are competing at the Winter Olympics, representing more countries than have ever competed in the Winter Games.

The Nigerian bobsled team and Adeagbo are just four athletes making history this year at the Winter Olympics. But the spirit exuded by the bobsled team clearly struck a chord with viewers.

Some fans also voiced their interest in a remake of Cool Runnings, the 1993 film that portrayed the Jamaican bobsled team’s historic qualification for the 1988 Winter Olympics.

The members of the Nigerian bobsled team and Adeagbo had arduous journeys to the Winter Olympics. The bobsled team formed a GoFundMe in 2016 to aid their journey, and Adeagbo tried skeleton for the first time after failing to qualify twice at the U.S. Olympic Trials in the triple jump in 2004 and 2008.

Adigun, the bobsled team member who initially formed the GoFundMe, created a wooden sled to train, and she and her teammates paused their careers to pursue their Olympics dreams.

“I can’t wait to get on that stage and give people every ounce of our passion,” Adigun told TIME of competing at the Olympics. 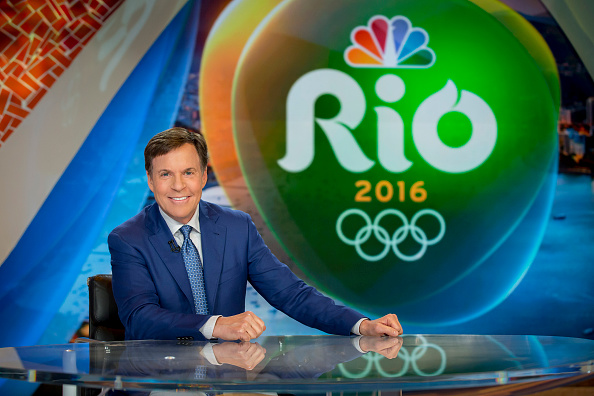 Bob Costas Isn't Hosting the Olympics This Year. Here's Who's Replacing Him
Next Up: Editor's Pick