A lawmaker and leading advocate of the #MeToo movement in California has taken unpaid leave after being accused of sexual misconduct.

California Democratic Assemblywoman Cristina Garcia was accused of groping a male staffer from a different lawmaker’s office. Daniel Fierro, who worked for Democratic Assemblyman Ian Calderon, said Garcia stroked his back, squeezed his buttocks and tried to touch his crotch in a dugout following a softball game in 2014.

Fierro did not report the incident at the time, but told Calderon about it in January. Calderon reported the allegation to State Assembly leaders, and the claim is now under formal investigation by the Assembly, Politico reported Thursday. Politico also reported that an anonymous male lobbyist from Sacramento claimed Garcia made crude sexual comments toward him and tried to grab his crotch during a May 2017 fundraiser.

Garcia denied the accusation and announced she was taking immediate unpaid leave from her position in a statement Friday.

“Upon reflection of the details alleged, I am certain I did not engage in the behavior I am accused of. However, as I’ve said before, any claims about sexual harassment must be taken seriously, and I believe elected officials should be held to a higher standard of accountability,” she said. “Therefore, I am voluntarily taking an immediate unpaid leave from my position in the State Assembly, including any accompanying committee assignments, so as not to serve as a distraction or in any way influence the process of this investigation.”

Garcia has emerged as a strong voice in the #MeToo movement, speaking out against her male colleagues who have been accused of sexual misconduct. Prior to #MeToo gaining traction, Garcia wrote for TIME about how California’s definition of rape had to change in light of the controversial sentencing of Brock Turner.

Since the beginning of the movement, Garcia has been a prominent vocal supporter, calling for whistleblower protection for people who report sexual misconduct. Garcia’s photo was featured in TIME’s Person of the Year issue, which honored the “Silence Breakers” coming forward about sexual harassment. 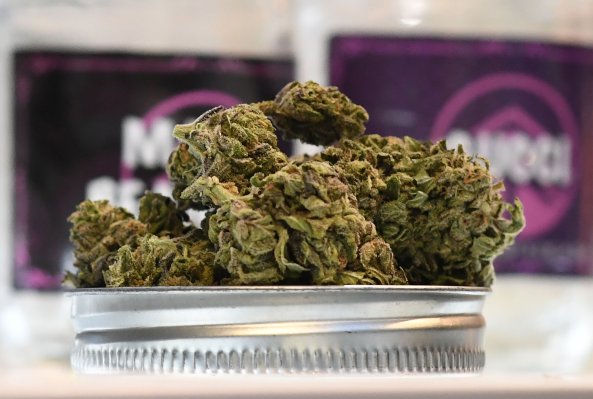 San Francisco to Clear Marijuana Convictions
Next Up: Editor's Pick