'Henry Was a Joy.' Comedian Rob Delaney Announces Death of His 2-Year-Old Son

Comedian Rob Delaney has announced the death of his two-year-old son, Henry.

Delaney said Henry was diagnosed with a brain tumor in 2016 and had surgery to remove it in early 2017. The cancer returned in the fall of 2017, and Henry died in January, Delaney wrote in a Facebook post on Friday.

“My wife and Henry’s older brothers and I are devastated of course. Henry was a joy,” Delaney said. “He was smart, funny mischievous and we had so many wonderful adventures together, particularly after he’d moved home following fifteen months living in hospitals … His drive to live and to love and to connect was profound.”

Delaney, who stars in Amazon’s Catastrophe and resides in the United Kingdom, urged people to donate to the Rainbow Trust or Noah’s Ark to help sick British children. He commended the nurses and doctors who aided his family. He also said his wife and children’s “love-in-action” was helping to keep him stable in a tremendously difficult time.

“They are why I will endeavor not to go mad with grief,” he said. “I don’t want to miss out on their beautiful lives. I’m greedy for more experiences with them.” 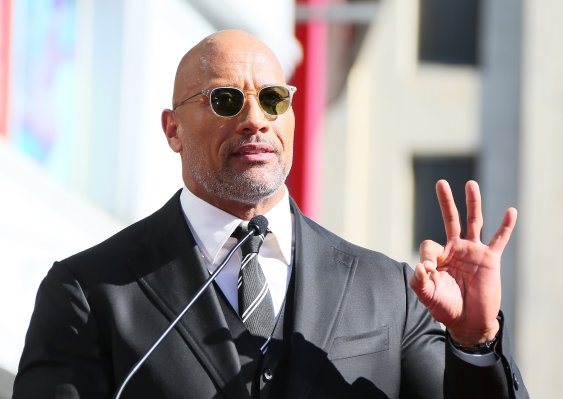 Of Course The Rock Is Josh Gad's Workout Cheerleader
Next Up: Editor's Pick