Korean musical artist PSY’S “Gangnam Style” came out back in 2012 — and, thanks to a zany music video, became a viral hit that broke YouTube. (In fact, it was YouTube’s most-watched video up until last year’s success of “Despacito.”) And six years later at the Winter Olympics Opening Ceremony in PyeongChang, the tune got some major airtime during the ever-amusing Parade of Nations, to the surprise of many watching from home.

South Korea chose to soundtrack the entrance of some of the Olympic teams during the extended sequence with the catchy K-pop track. The U.S. delegation was, in fact, one of the lucky segments that got to walk into the stadium with PSY’s hit serenading their stately march.

“Gangnam Style” may be the most recognizable K-pop song to U.S. audiences, but it wasn’t the only part of the playlist. Popular groups like Twice, BTS and DNA also got songs picked for all the world to hear during the parade. 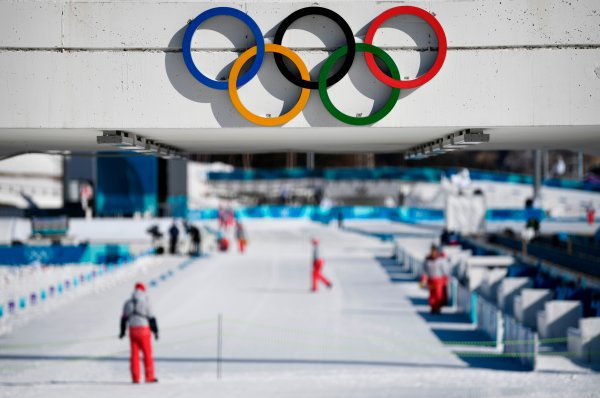 Norovirus Is Spreading Like Crazy at the 2018 Winter Olympics
Next Up: Editor's Pick