Sen. Duckworth: Olympics Diplomacy or Not, North Korea Is Still a Threat

Today, the world will watch athletes from the Democratic People’s Republic of Korea (DPRK) and South Korea unite to march beneath one flag during the opening ceremony of the 2018 Winter Olympic Games in Pyeongchang, South Korea, just 50 miles from the DPRK border. For many, the sight of two nations that have been in conflict for generations coming together to compete in the Winter Games exemplifies the core mission of the Olympics: to unite people of the world in the spirit of solidarity and fair play.

However, we — as Americans and citizens of the world — cannot afford to allow a brief image of camaraderie eclipse the very real threat of war from one of the world’s most dangerous regimes.

Recent diplomatic talks regarding the Winter Olympics and Paralympics were a welcome development. Only time will tell whether such talks can lead to something else, maybe even peace.

Much of what will unfold on the Korean Peninsula during the coming months may still be uncertain, but one thing was made clear during my recent visit to the region: Kim Jong Un poses a serious and deadly threat to millions of people in the Peninsula and in the United States, and the prospect of war is far more dangerous — and far more likely — than many Americans realize.

We can’t forget that in the months leading up to the ’88 Games in Seoul, DPRK leaders secretly plotted and executed an attack on Korean Air Flight 858, killing 115 people. Nor should we forget that even when appearing to promote peaceful negotiations — as they appear to be now — the DPRK regime has a long history of using diplomatic entreaties as cover while they further develop their nuclear and ballistic missile capability. Kim Jong Un has made no commitments to halt his nuclear research program during the time of the Olympics.

We also cannot allow the DPRK to use this limited engagement as a way to split the U.S.–South Korea relationship, as there is no doubt that Kim Jong Un will attempt to drive a wedge in the regional alliance structure.

Fortunately, there are still diplomatic off-ramps on this road to war. As long as they exist, it’s vital that the United States and her allies allow the diplomats time and space to operate. We must remain unified with our allies in our shared strategic goals for the Korean Peninsula and we must remain committed to preventing the DPRK from skirting the recently adopted U.N. Security Council sanctions.

With the drums of war growing louder in Washington each day, it is about time we all start thinking more seriously and more deeply about the reality and true cost of war with the DPRK, not just in dollars and cents but in human lives.

That includes our Commander-in-Chief. With every threat, every reckless or contradictory tweet from President Trump, we get a little bit further from a diplomatic solution and a little bit closer to putting the lives of our service members in danger. The cavalier attitude with which the President tweets policy decisions and taunts foreign leaders — beyond being beneath the dignity of his office — delegitimizes serious diplomatic efforts, and undermines the efforts of our military while sowing confusion amongst our allies in an international system that is crying out for stability.

It’s important to understand what’s at stake when Trump tweets childish threats about the size of his “button” at the DPRK regime. A war of any kind with the DPRK would endanger millions of people across the globe. There is no such thing as a so-called “bloody nose” strike. There are roughly 30,000 American troops stationed in South Korea and 25 million civilians from many nations, including our own, living in or around Seoul. Every single one of them could be in danger if conflict breaks out.

The American people need to see stronger, more measured leadership from their President. They also need to see it from members of Congress. Lawmakers in Washington have skirted their responsibility to make decisions on matters of war and peace for decades. In recent years, presidents from both parties have seized more and more power over decisions to send our military men and women off to war as Congress sits idly by.

We need to restore accountability and transparency to how we entangle ourselves in these conflicts, as well as to countless other matters of war and peace. Congress must uphold its constitutional responsibilities: Article I clearly vests in Congress the responsibilities to declare war, establish an Armed Forces and do everything necessary and proper to carry out its responsibility to defend the nation. It seems that some of our leaders may have forgotten that.

As athletes from the DPRK and South Korea march together in the shadow of a potential war, the American people must hold members of Congress accountable to have tough conversations about America’s place in the world and the true costs of deployment for our troops — and Congress must listen. The fate of those attending the Winter Games, our troops, our citizens and millions of lives around the world hang in the balance. 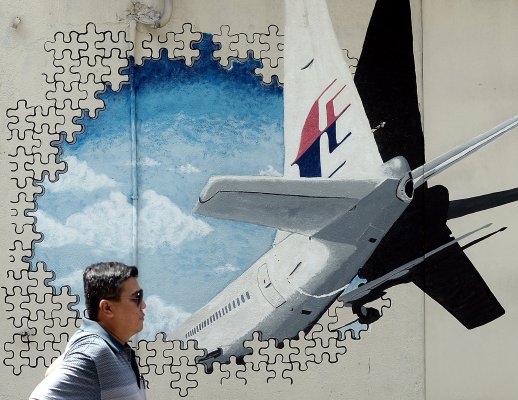 Why Planes Could Still Vanish Into Thin Air Like MH370
Next Up: Editor's Pick