You Can Stream the Winter Olympics for Free on Snapchat. Here's How

Fans of the 2018 Winter Olympics will have another option to watch the Games live: through Snapchat.

A new live video feature —fittingly called Live — will allow NBC Sports to stream two- to six-minute long segments from the Winter Olympics in PyeongChang, South Korea, directly through the app, Snap announced this week. Users can opt to be notified about when key events from popular sports like snowboarding and figure skating begin, and can watch the short segments on the app as they happen.

The feature is part of a deal NBC made with Snapchat for exclusive content for the 2018 Winter Olympics. The partnership is just one of several between the two companies, which have close ties. NBCUniversal invested $500 million in Snap Inc. when the company went public in 2017. The two companies also worked together during the 2016 Summer Olympics in Rio de Janeiro, when NBC had a Snapchat “Discover” channel that included clips from the Games.

The partnership this time around also includes what Snap calls “Context Cards.” Those cards, which will be available in the “Our Stories” function on the app, includes details like the schedule for the Winter Olympics, medals awarded and news coverage of the event.

Other features from the Snap-NBC partnership include filters and stickers for Snapchat users, two Snapchat-based shows from NBC following snowboarding athletes and gold-medal favorites and Team USA athletes posting their own stories on the app throughout the Games.

The Olympics announcement from Snap came a day after shares for the company rose after the company reported substantial revenue growth. Snap Inc also released a redesign of the app this week that separates users’s stories and snaps to one another from those made by companies and news outlets featured on the app.

Outside of Snapchat, for the first time, NBC will broadcast its coverage for the Olympics live following lackluster ratings for the 2016 Summer Olympics in Rio and complaints from viewers who learned about event results before they could watch matchups on primetime. NBC will still air primetime coverage of the Games, which will be broadcast simultaneously from coast-to-coast in the U.S.

The opening ceremony for the 2018 Winter Olympics will take place Feb. 9. 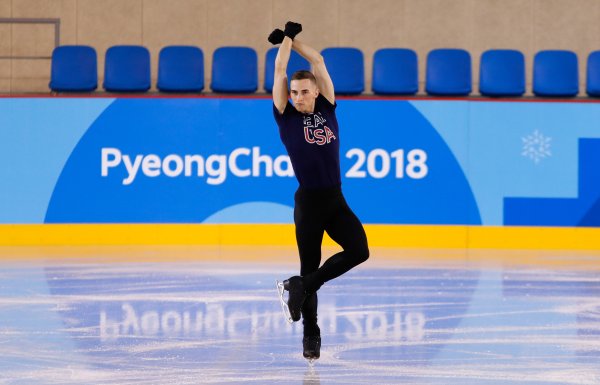