An Oregon hospital has eliminated an “archaic” policy that would have barred an undocumented Portland resident from getting a lifesaving liver transplant.

Silvia Lesama-Santos, a mother of four who is covered by her husband’s insurance and has lived in Portland for 30 years, was originally denied care at Oregon Health & Science University (OHSU) hospital because of her immigration status, the Oregonian reports.

The Oregon chapter of the American Civil Liberties Union (ACLU) took up Lesama-Santos’ case, putting out a statement on Tuesday calling for the hospital to roll back any policy that limits access to organ transplants based on immigration status. “Everyone deserves to have access to life-saving medical care,” the statement reads. “It is inhumane and cruel to deny care to undocumented members of our community. This is an unfair practice that goes against our values as Oregonians.”

OHSU responded almost immediately with a statement of its own, announcing the termination of the policy. “It was brought to our attention this evening that an archaic transplant policy was preventing an undocumented individual from being evaluated at OHSU,” the statement reads. “Upon learning of the policy, OHSU leaders acted immediately and terminated the policy. We deeply regret the pain this has caused the family.”

Dr. Willscott Naugler, medical director for the liver transplant program at OHSU, told the Oregonian that the hospital had apparently mistakenly equated being undocumented with being uninsured. “It’s unfortunate that it was recognized just [Tuesday] night and it’s one of the things that makes us all feel sick and really want to do as much as we can to support this poor family because they’ve been through a lot,” Naugler said. (Lesama-Santos first sought an evaluation for a liver transplant last year, but the process was halted because she was uninsured at the time, according to the Oregonian.)

Now that she’s been cleared for care, Lesama-Santos will be placed on the waiting list for a donor organ pending a successful evaluation, the Oregonian reports. An ACLU spokesperson told the paper she has also been accepted by a hospital in Seattle. 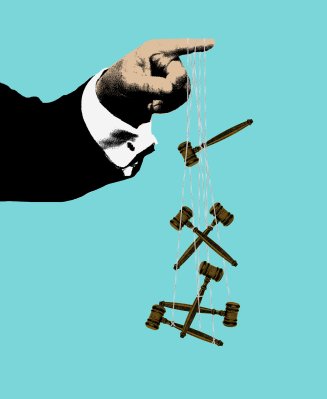 Inside Trump's Plan to Dramatically Reshape U.S. Courts
Next Up: Editor's Pick