Three Average Guys Make The 15:17 to Paris Worth Watching

Real-life hero Spencer Stone plays himself in 'The 15:17 to Paris'
Warner Bros
By Stephanie Zacharek

The stars of The 15:17 to Paris, directed by Clint Eastwood, aren’t movie stars at all. They aren’t even actors. Instead, they’re a trio of young men, friends from childhood, who in 2015 foiled an attempted attack on a train from Amsterdam to Paris, subduing and disarming a man who had just opened fire on passengers with an AK-47. In the movie’s tense climax, Spencer Stone, Alek Skarlatos and Anthony Sadler–then a U.S. Airman, National Guardsman and college student, respectively–re-create the moment in which they leaped to action almost without thinking. It sounded brave enough when we all first heard about it. But it’s even more remarkable as Eastwood renders it, and the men–all charmers, with none of the stagy stiffness common to nonactors–bring that moment to life so vividly that its very casualness is a jolt.

That’s the best part of the movie. The second best are the scenes in which the three friends, before boarding that train, knock around Europe–they’re just regular dudes on vacation, kicking back steins of beer and hoping to meet pretty girls. (With their selfie sticks and well-mannered bonhomie, they’re the kind of Americans whom Europeans claim to dislike but secretly love.) The sections detailing the men’s childhood in Sacramento, with Judy Greer and Jenna Fischer playing beleaguered moms? Not so exciting. But then, the very averageness of these conscientious, gutsy guys is precisely the point. 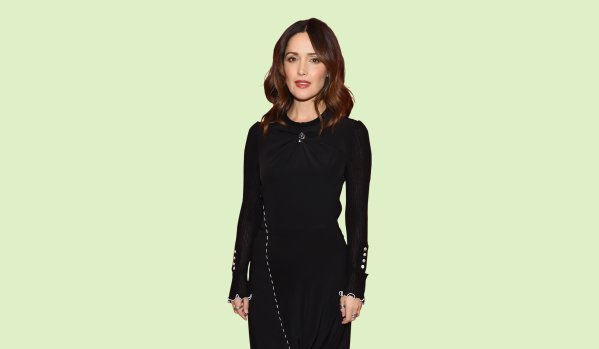 How Rose Byrne Channeled Her Inner Child to Act Opposite CGI Rabbits
Next Up: Editor's Pick