The Story Behind the Best Rivalry in Olympic Figure Skating

At every major skating competition this season, two teams have flipped back and forth between first and second place. Gabriella Papadakis and Guillaume Cizeron from France and Tessa Virtue and Scott Moir of Canada are indisputably the top dance teams competing at Olympics. And there might be a big reason for that — their training. They share the same coaches and train on the same ice in Montreal.

When they finally skated off against each other on Olympic ice in the ice dance event, they traded off for the top spots again. Virtue and Moir recorded the highest score to date in the short dance, while Papadakis and Cizeron outscored them in the free skate. When both sets of marks were tallied, Virtue and Moir prevailed to win their second Olympic ice dance title, and their fifth Olympic medal over three Games. Papadakis and Cizeron, in their Olympic debut, earned silver.

The last two times the two couples have faced off against each other, they each skated away with one title each. At last year’s world championships, Virtue and Moir beat Papadakis and Cizeron while at this year’s last major international competition before the Olympics, the Grand Prix Final, the French took the gold. The Canadians own three world championships, while the French earned two. And Virtue and Moir are two-time Olympic medalists, while Papadakis and Cizeron will be making their Olympic debut in PyeongChang. The French, however, hold the highest overall score from a competition this season over the Canadians.

When the people you train with become your competitor, things can get tricky. Especially when the coaches, Marie-France Dubreuil and Patrice Lauzon, don’t play favorites. “We train them all to win and to be champions,” says Dubreuil. “I don’t train second place or third place.”

Dubreuil and Lauzon’s skating school roster almost reads like the competitor’s list at major international competitions. In addition to Papadakis and Cizeron and Virtue and Moir, the married couple also train U.S. champions Madison Hubbell and Zachary Donohue, the Spanish, Danish, Armenian and Bulgarian champions, as well as some Japanese teams and a few other Canadian teams.

Olympians and two-time world silver medalists in ice dance, Dubreuil and Lauzon married in 2008. When they decided to open their own ice dance school, they wanted to recreate their own experiences training in Canada, the U.S. and Europe. “If we were going to pursue a second career in skating as coaches, we wanted to do it from the inside out,” says Dubreuil of their comprehensive program. Skaters have access to nutritionists, performance coaches who help with the mental aspects of training and competing, as well as life coaches to iron out the inevitable frictions that can come from working with a partner in training for something as all-consuming as the world championships or Olympics.

Read more: These 7 Ice Dancing and Figure Skating Pairs at the Winter Olympics Are Couples in Real Life

But while their Olympic podium favorite students train together, there isn’t the drama you might expect from such a potentially fraught arrangement. “They trust that we are going to give each of them 100%,” says Dubreuil. During the season, she, Lauzon and another coach, Romain Haguenauer, rotate working with each of the top teams. “There is no jealousy because there is a lot of transparency; everybody knows what the other is doing,” she says.

For Dubreuil, her students are less like rivals and more like siblings — yes they often are pitted against each other, but in end, each has their own unique style and appeal. With Papadakis and Cizeron, it’s their fluidity and power which makes it seem as if they aren’t gliding on the ice at all but floating above it. Virtue and Moir bring a precision and work ethic that enhances their electric connection with each other that makes their routines so attention-grabbing.

Which team will glide past the other for gold in PyeongChang? The judges will have to decide, but Dubreuil can’t. “Some days I see the three top teams on the ice and I look at them and I almost have tears in my eyes,” she says. 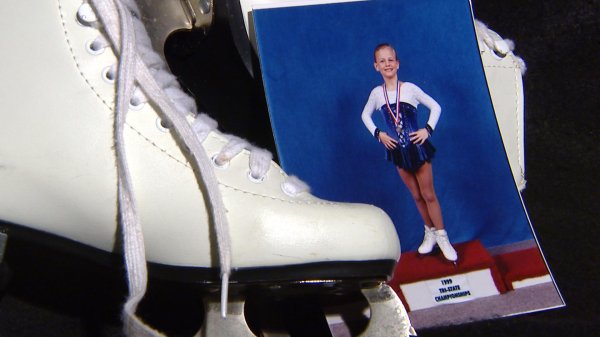 See Olympic Skaters as Adorable Kids Before They Were Famous
Next Up: Editor's Pick