Team U.S.A Has Chosen Its Flag Bearer for the Opening of the Winter Olympics

Olympic veteran and bronze medalist Erin Hamlin has been named the flag bearer for Team USA at the PyeongChang Olympics opening ceremony on Friday, according to a statement from the U.S. Olympic Committee.

The New York native made history at the 2014 Sochi games when she became the first U.S. athlete to win an Olympic medal for singles luge. In 2009, she was the first American female luger to win a world championship.

Hamlin was chosen to be the U.S. flag bearer after a vote by her teammates. She will lead the cohort of 244 athletes — the largest team ever fielded by the U.S. — during Friday’s Parade of Nations.

The fourth luger to be selected for the honor of carrying the flag for Team USA, Hamlin told NBC that she was shocked to be picked.

“Working hard and earning success is one thing, being acknowledged as a great representative and member of Team USA by fellow athletes – many who I have been inspired by – is above and beyond anything I’ve experienced,” Hamlin said in a statement. It is definitely a privilege and honor to be the one to lead the team and will be a very special moment.”

Hamlin will compete at the women’s luge runs on Feb. 12. 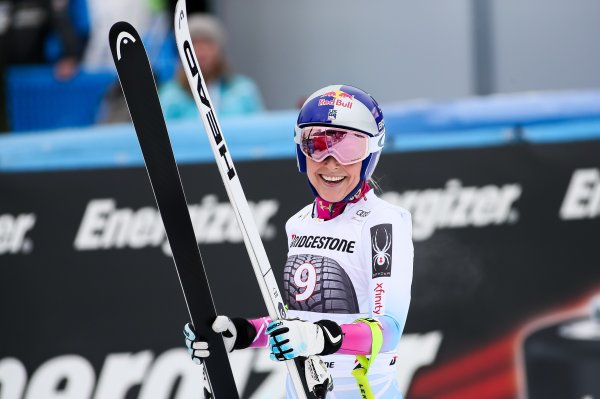 Lindsey Vonn Is Having Trouble Getting to South Korea for the Winter Olympics
Next Up: Editor's Pick