Israeli Prime Minister Benjamin Netanyahu could soon be indicted on corruption charges, according to the Times of Israel.

Police chiefs investigating the government leader for graft said they are in “unanimous agreement” that Netanyahu should face charges for accepting bribes and “illicit gifts” from billionaire benefactors, the Times reports.

If filed, a recommendation for indictment would be sent to Israeli Attorney General Avichai Mandelblit, who will determine whether sufficient evidence exists to prosecute the case.

In a Facebook video message posted Wednesday night, Netanyahu appeared nonplussed. He dismissed the allegations against him and assured supporters that the investigations would not come to anything.

“Many of you are asking: what will happen? So I want to calm you: there will be nothing, because I know the truth,” he said.

“I am certain that at the end of the day, the certified legal authorities will come to one conclusion, the simple truth: there is nothing,” he added.

Netanyahu is the center of two separate investigations — the so-called Cases 1000 and 2000.

According to the Times, Case 1000 revolves around whether Netanyahu and his wife Sara accepted lavish gifts, including expensive cigars and champagne, from wealthy individuals, including the Israeli-born Hollywood producer Arnon Milchan.

Case 2,000 meanwhile accuses the prime minister of striking a deal with a newspaper publisher for favorable coverage in return for harming a rival publication.

A third case, Case 3000, is also reportedly on the horizon and is said to involve close members of the prime minister’s family and a multibillion-dollar submarine deal.

Netanyahu, a close ally of President Donald Trump, has denied any allegation of wrongdoing. He is on his second stint as prime minister, having first served from 1996 to 1999, and then resuming the office in 2009 with a re-election in 2015.

According to a poll conducted by Hadashot TV news, 60% of Israelis say the prime minister should resign if police recommend an indictment for bribery or breach of trust.

—With reporting by Eli Meixler 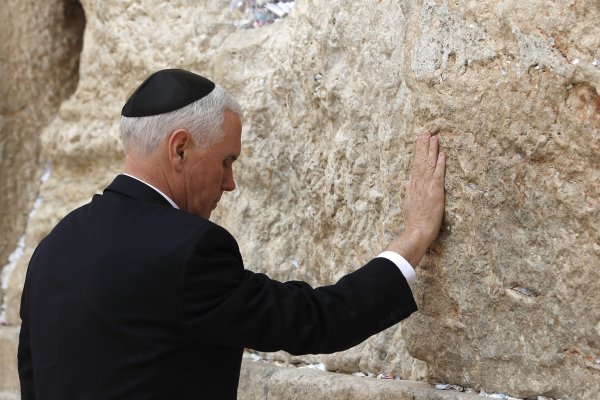 Women Reporters Say They Were Blocked at Western Wall
Next Up: Editor's Pick