A new printing of the book 'To Kill a Mockingbird,' by author Harper Lee, is on display at Faulkner House Books in New Orleans, Louisiana on May 28, 2015.
Melanie Stetson Freeman—The Christian Science Monitor/Getty Images
By Katie Reilly

A Minnesota school district is removing To Kill a Mockingbird and Huckleberry Finn from its required reading list because they contain racial slurs.

Both books have been staples on school reading lists in the U.S. for decades, but school leaders in Duluth, Minn., said the use of racial slurs in both books has made many students uncomfortable. While the books will still be available in Duluth schools as an option for students to read individually, they won’t be required next school year.

“We felt that we could still teach the same standards and expectations through other novels that didn’t require students to feel humiliated or marginalized by the use of racial slurs,” Michael Cary, director of curriculum and instruction for the district, told the Twin Cities Pioneer Press. He said teachers are working on selecting different books for the reading list that will teach similar lessons without using racial slurs.

“Conversations about race are an important topic, and we want to make sure we address those conversations in a way that works well for all of our students,” he told the Minneapolis Star Tribune.

The decision was praised by the local chapter of the NAACP. “Our kids don’t need to read the ‘N’ word in school,” Stephan Witherspoon, president of the Duluth chapter, told the Star Tribune. “They deal with that every day out in the community and in their life. Racism still exists in a very big way.”

But the choice is likely to spark criticism from others. A school district in Biloxi, Miss., sparked a debate about censorship last year when it removed To Kill a Mockingbird from its reading list over language, drawing criticism from a former U.S. Education Secretary and at least one U.S. Senator.

Both To Kill a Mockingbird and Huckleberry Finn have been included on the American Library Association’s list of frequently banned or challenged books. Critics have often cited the books’ use of racial epithets as a reason, arguing they could upset black students. 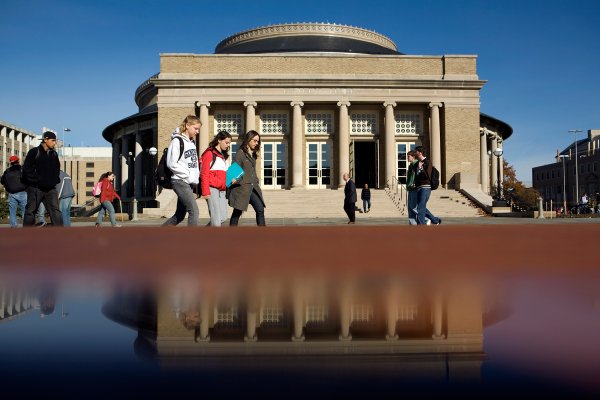