The rocket, which has been praised as the “most powerful operational rocket in the world” went into space Tuesday afternoon at NASA’s Kennedy Space Center in Cape Canaveral, Fla. The rocket has 27 engines, where previous models only had nine.

“Should it work, Falcon Heavy will be the most powerful rocket in the world by a factor of two and the highest payload launch vehicle to reach orbit after the Saturn V moon rocket,” SpaceX CEO Elon Musk wrote on Instagram on Monday.

It was not only the rocket that launched into space; a red Tesla roadster, driven by a dummy wearing a SpaceX suit, was in the driver’s seat.

TIME has obtained a video of the launch in slow motion. Watch it above. 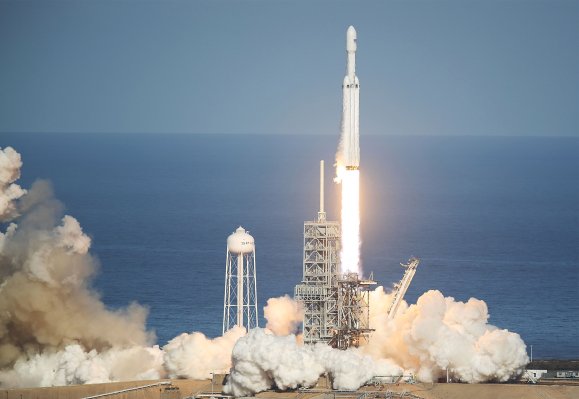 Behold a Livestream of the Tesla Elon Musk Just Launched Into Space
Next Up: Editor's Pick