One of President Donald Trump’s loudest critics from within his own party took to the Senate floor on Tuesday afternoon to denounce his calling Democrats “treasonous” at an event in Ohio the prior evening.

In a scathing address, Republican Sen. Jeff Flake of Arizona described Trump’s comments as “vile,” lamenting what he described as the “daily sundering of our country” at the hands of a bombastic and often incendiary commander-in-chief.

The night before, Trump harshly criticized Democrats during a speech on Cincinnati for not standing to applaud during his State of the Union address less than a week earlier.

“They were like death — and un-American,” Trump said. “Un-American. Somebody said treasonous. I mean, yeah, I guess, why not. Can we call that treason? Why not? I mean they certainly din’t seem to love our country very much.”

Many Democrats objected to the remarks, while a White House spokesman said the remarks were “tongue in cheek.”

“I have seen the president’s most ardent defenders use the now-weary argument that the president’s comments were meant as a joke, just sarcasm, only tongue in cheek,” Flake said in his speech. “But treason is not a punchline, Mr. President.”

For months, Flake has been at the frontline of the Republican faction that continues to stand against Trump and his presidency. In October, the conservative Arizona lawmaker gave a speech on the Senate floor in which he announced he would not run for reelection and denounced what he called Trump’s assault on American democracy.

“We will get through this period and when we do, we will look back on the destruction of our discourse and the attacks on our democratic values as nothing but a tragedy,” Flake said on Tuesday. 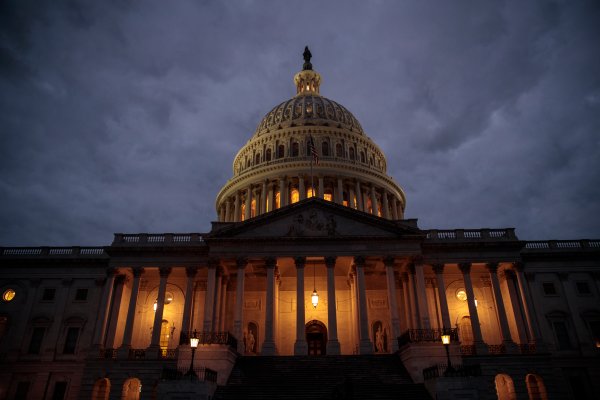 Congress Will Vote on Its Own Sexual Harassment Complaint Process This Week
Next Up: Editor's Pick