Exclusive: Congressman John Lewis' Next Book, Run, Will Pick Up Where Award-Winning March Left Off

It’s not unusual for a comic-book series to start with an origin story. Sure enough, when Congressman John Lewis (D-GA) revisited his activist past for the award-winning March series of graphic novels, he went all the way back to his beginning. Now, the story will continue.

On Thursday, the Congressman and his publisher announced that his next book project, to be called Run, will be another multi-part graphic novel, picking up where March left off.

“In sharing my story, it is my hope that a new generation will be inspired by Run to actively participate in the democratic process and help build a more perfect union here in America,” Lewis said in a statement.

The March trilogy used the framing of the inauguration of President Barack Obama to look back on Lewis’ life, from his childhood and his introduction to activism, up through his role as leader of the Student Nonviolent Coordinating Committee (SNCC) during the Selma-to-Montgomery, Ala., marches of 1965. All three books in the series were bestsellers, and March: Book Three was the first graphic novel ever to win the National Book Award.

But the civil rights movement didn’t stop in Selma.

Mere months after the violence directed at those marchers caught the attention of a nation that had too often turned a blind eye, civil rights leaders had cause to celebrate: That August, President Lyndon Johnson signed the Voting Rights Act of 1965. But the voting rights that they had marched for did not go down easy with those who had fought to restrict the franchise. Just two days after the law was signed, Lewis was arrested in Americus, Ga., where local officials had resisted change. Though the city registered more than 300 new black voters in one day, by TIME’s count the following week, perhaps twice as many whites rallied against the effort in a Ku Klux Klan march.

Trouble was brewing within the civil rights movement too. Run: Book One tells of how Lewis led SNCC — the group TIME called in 1966 “the most militant of all U.S. civil rights organizations” — during the tumultuous period that followed, as the organization lost support from its institutional allies and debated what it meant to be a nonviolent organization in world with no simple path to progress.

Lewis’ term as SNCC chair ended in 1966 in the midst of internal strife over the group’s mission, and he resigned from the group shortly after. “Lewis’ disaffection is plainly a result of SNCC‘s new militancy,” TIME reported back then. “He has refused to parrot the black-power line, explaining: ‘I’m not prepared to give up my personal commitment to nonviolence.'” These experiences — and the need to figure out what would come next for the cause around which he had built his life — would contribute to Lewis’ eventual decision to run for public office.

For Run, Lewis will reunite with his March co-author Andrew Aydin. The book will feature work by artist Afua Richardson — who created the first-look image seen above — as well as contributions from March illustrator Nate Powell. 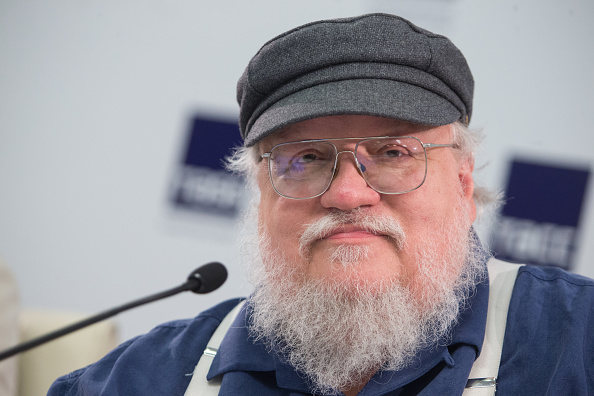 George R.R. Martin Just Dropped a Major Bomb About The Winds of Winter Release Date
Next Up: Editor's Pick