Stephen Colbert Is the Toughest Super Bowl Commercial Critic Ever

When Dodge debuted a commercial during the 2018 Super Bowl that prominently featured a speech from Martin Luther King, Jr., they faced plenty of criticism from viewers who questioned the use of the legendary civil rights leader’s voice and message to essentially sell trucks. On Monday night, however, Stephen Colbert took the critique one step further by providing a satirical look at other humanitarian leaders who could provide a glowing endorsement of Dodge’s offerings.

Colbert addressed the controversy on The Late Night with Stephen Colbert with his signature humor before cracking a joke about using Dr. King’s speech.

“Now, that sounds inappropriate — until you remember that Dr. King was awarded the J.D. Power and Associates Best Midsize Humanitarian,” Colbert said. “And initial customer satisfaction, I believe, is what he got.”

Colbert then showed a “follow-up” commercial that showed the Dalai Lama, Joan of Arc, and Helen Keller co-signing the 2018 Ram, a truck with “an interior roomy enough for Harriet Tubman and Gandhi to make out with each other.” 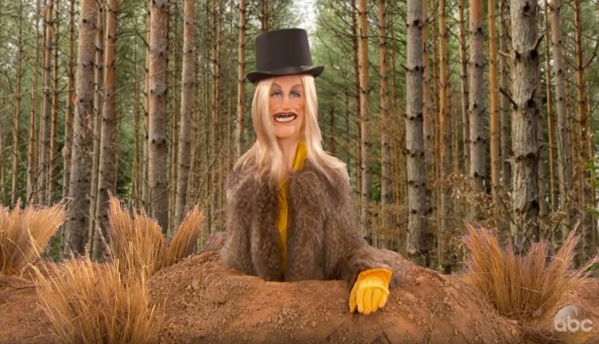 Here's How Much Longer 'Trumpsutawney' Kellyanne Conway Predicts Trump Will Be President
Next Up: Editor's Pick