An electronic board displays stock information at the Australian Securities Exchange, operated by ASX Ltd., in Sydney, Australia, on Tuesday, Feb. 6
Bloomberg -Bloomberg via Getty Images
By Samuel Potter/Bloomberg

The global equity rout extended on Tuesday as a gauge of world stocks headed for the biggest three-day slide since 2015. U.S. shares were poised for more losses, with a measure of volatility spiking to the highest in nine years. Treasuries fell and the dollar rose.

Futures for both the S&P 500 Index and the Dow Jones Industrial Average fluctuated throughout the European session before heading lower. The Cboe Volatility Index popped above 50 for the first time since 2015, sending exchange-traded products tied to the measure on a wild ride.

The Stoxx Europe 600 Index at one point slumped the most since June 2016, with every industry sector falling as much as 2 percent. Japan’s Nikkei entered a correction as most of the shares on the 1,000-plus member MSCI Asia Pacific Index declined. Amid the sea of red, core European bonds advanced while Treasury yields swung.

What began with rising bond yields has become a selloff across global equity markets, as investors fret the return of inflation and higher rates that could erode profitability for companies already trading at elevated valuations. Traders will be watching how the moves unfold from here — a sustained stock slump has the potential to undermine consumer and business sentiment, crimp borrowing and so start to curtail global growth.

“Global equities did not experience any material weakness for nearly two years, valuations have become stretched and technical, positioning and sentiment indicators all flashed red in recent weeks,” said Emmanuel Cau, equity strategist at JPMorgan Chase & Co. “The unwinding of this extreme bullishness could have a bit more to go in the near term.”

As assets decline, volatility is surging, causing pain for investors who had positioned for price swings to remain muted. Trading was halted in some exchange-traded products used to bet against volatility, and the VIX Index was set for the highest close since 2009.

Elsewhere, oil slumped for a third day and metals joined the selloff after gaining on Monday. Bitcoin erased losses to trade above $7,000 after at one point trading below $6,000 for the first time since October.

Here are some key events scheduled for this week: 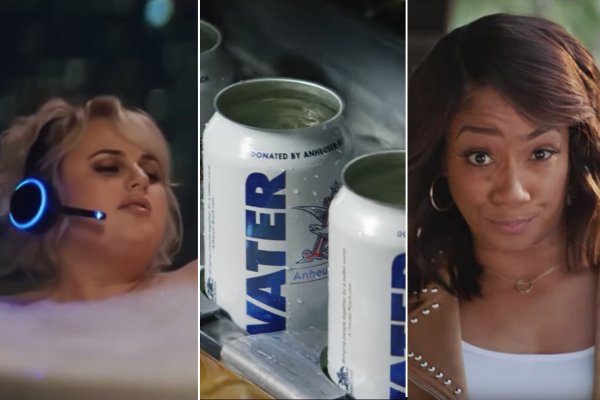 These Are the Best 2018 Super Bowl Commercials
Next Up: Editor's Pick