Protesters hold up placards during the Women's March in London on Jan. 21, 2018 as part of a global day of protests, a year to the day since Donald Trump took office as U.S. president.
Daniel Leal-Olivas—AFP/Getty Images
By Suyin Haynes

In her 1914 autobiography, renowned suffragette leader Emmeline Pankhurst wrote “Men make the moral code and they expect women to accept it. They have decided that it is entirely right and proper for men to fight for their liberties and their rights, but that it is not right and proper for women to fight for theirs.” But, just as Pankhurst fought for her rights despite that sentiment, many women around the world today are fighting for theirs, as part of the sweeping global movement spearheaded by women standing against sexual harassment in recent months.

On Tuesday, the U.K. marks the 100th anniversary of British women gaining the right to vote. While it may seem like distant history, the centenary is a cause for both celebration and reflection on the parallels between international women’s movements of the past and of the present.

Here are three lessons of that century-old fight that still apply today:

The passage of the Representation of the People Act in 1918 only allowed certain women over the age of 30 to vote, which applied to 40% of women across the country, amounting to some 8.5 million people. Yet years of groundwork had gone into this achievement, with the power of the protest playing a crucial role.

As the 2015 film Suffragette depicts, women turned to militant-style tactics to attract attention to their cause. While the National Union of Women’s Suffrage Societies faction used peaceful methods, the Women’s Social and Political Union held firmly the belief in “deeds, not words.” These protest tactics were most commonly used in the years leading up to the First World War, when suffragettes went on hunger strikes, chained themselves to railings and heckled government meetings.

“There are some parallels between that period and now in the sense that women are saying ‘enough is enough,'” says Nicoletta Gullace, Professor of History at the University of New Hampshire.

On Black Friday, as Nov. 18, 1910, became known, suffragettes rushed the House of Commons but were brutally pushed back by police. The clashes lasted for six hours, with some reports suggesting police used sexual violence against demonstrators.

Another key moment in the suffragette movement came when Emily Wilding Davison fatally stepped out in front of the King’s horse at the Epsom Derby in 1913. Davison’s funeral procession attracted huge crowds of suffragettes in London, and brought their cause to the world’s attention. Gullace tells TIME that these marches bear similarity with the women’s protest marches of today in the era of President Donald Trump, with banners and hats serving as “sartorial markers that unmistakably link that pre-war moment to the anti sexual assault protests we see now.”

Suffragettes dressed in white follow the mourning procession at the funeral of Emily Davidson, the suffragette who was killed when she threw herself in front of King George V's horse at the Epsom Derby as an act of protest. (Photo by © Hulton-Deutsch Collection/CORBIS/Corbis via Getty Images)
Hulton Deutsch—Corbis via Getty Images

A movement can be global

Conversation in recent years has turned to the diversity of the British suffragette movement, particularly in terms of race and sexuality. Sumita Mukherjee, a historian of the British Empire and Indian subcontinent, tells TIME that Indian women were actively involved in the British movement, and would go on to play significant roles in the Indian suffrage movement. British women post-1918 did start looking outward and thinking about suffrage around the world, but Mukherjee says that this must be taken in context with the “complicated history around imperialism and the objectification of women of color in the movement.”

Certainly, British women were not in isolation in their fight for the vote; women across the Commonwealth, Asia and the United States also faced parallel challenges. The exchange of ideas between women’s suffrage activists on an international level were facilitated by forums such as the Paris Peace Conference and the International Women’s Suffrage Alliance, which held regular conferences and was founded by British suffragist Millicent Garrett Fawcett along with others.

Women’s right to vote in the U.K., granted by the 1918 Act, also enabled them to run for political office for the first time. A century later, as TIME recently reported, a record number of women are currently running for office in the U.S., politically energized since Trump’s election in 2016.

“The legacy of the right to vote is not just the fight for political equality, but it’s connected to so many issues around the world such as violence against women and girls and the gender pay gap,” says Mukherjee, on the importance of political representation.

Women’s suffrage leaders drummed up mass support without the use of social media enjoyed by campaigners today. The similarity between the two lies in their emphasis on solidarity.

“The suffrage campaign was a long campaign, taking 52 years from 1866 to 1918, because it was ultimately about changing people’s attitudes about women,” says Gillian Murphy, Curator for Equality, Rights and Citizenship, and who looks after the Women’s Library collection at the London School of Economics Library. “This is something that we are still dealing with today if we think about the whole issue of violence against women and what is and what is not acceptable behavior.”

As this milestone anniversary is commemorated, women the world over are still facing a lack of political representation, as well as other social and economic inequalities. A century on, the words of Emmeline Pankhurst remain strikingly relevant: “We are here, not because we are law-breakers; we are here in our efforts to become law-makers.” 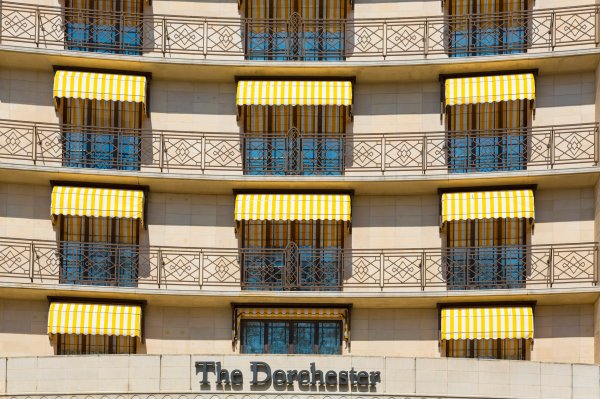