The Bachelor Recap: Arie Is Not Here to Make Friends

Welcome back to The Bachelor, where Arie Luyendyk is dating ten women who are mysteriously vying to spend time with a man who has the personality of a pair of slim cut khaki pants. To make him seem more interesting than he actually is, Arie has flown the women to Paris, which, yes, is a good city in which to fall in love (sorry, Fort Lauderdale!). We are half-way through the season, which means things are getting as really real as reality TV allows. “This is serious now,” says Chris Harrison.

Arie is “super attracted” to Lauren, because she is “really, really beautiful.” Unfortunately, Arie isn’t sure that Lauren is that into him, which must be a challenge for him. So as they wander the jardins du Paris (high school French, ftw!) Arie pathetically tells her, “I’d really like it if you liked me,” and she just smiles mysteriously. Because they are near the Mona Lisa in the Louvre, it almost makes sense.

Over dinner Arie mentions a few more times that it’s really hard for Lauren to open up. She smiles mysteriously and then admits that she can’t open up until she trusts someone. Arie decides the only way to respond to such reticence is to open up himself and tells her a heartbreaking and awful story about his ex who had a miscarriage and then dumped him. Arie’s ploy worked and Lauren told him all about her failed engagement that has left her even more guarded. After all that Bachelor-branded Openness and Vulnerability, Arie has no choice but to give her the Date Rose.

For the group date, Arie has one question for the women: “Can you can-can?” He takes them to the world famous Moulin Rouge (well, the producers do). Seinne is a trained dancer, Jenna doesn’t care about how stupid she looks, and Tia admits she is not a good dancer (perhaps she can play Satine and die of consumption?). The woman who wins the rose gets to go on stage at the Moulin Rouge to dance with Arie and undoubtedly thrill the German and American tourists who are the only people who go to the Moulin Rouge.

At the after-party, Arie reminds the women that the Date Rose is just about his connection with the woman and not about her dance skills. As Arie spends seven minutes in heaven with each of the women, it slowly dawns on Chelsea that she, a 29-year old mother, and Bekah, a 22-year old who went to work on a marijuana farm and forgot to tell her mom, have almost nothing in common. This realization is making Chelsea wonder what exactly Arie is looking for in a mate. To settle the matter, Arie gives the Date Rose to Bekah and they go to dance on stage at the Moulin Rouge while the rest of the women watch the show from the sidelines trying to remind themselves not to frown, because of the wrinkles. Please note they are fighting over a man who both licked a bowling ball and sniffed a top hat.

Krystal and Kendall have been paired up on the dreaded two-on-one date where like The Highlander there can be only one to emerge with a Date Rose. Going into the date, Krystal thinks she has the advantage:

However, Krystal seems to have forgotten that Arie was very unimpressed with her temper tantrum last week and the only reason she is still around is because the producers need a villain. For the date, Arie’s threesome takes them to a gorgeous chateau and Kendall and Krystal are set loose in a maze with Arie playing the cheese. Krystal wins and gets some make-out time with Arie while Kendall wanders around lost and alone. Later, Krystal coos in Arie’s ear that their fight was just growing pains and they are going to have an amazing relationship. Arie nods and smiles and makes out with her. Then Krystal coos that Kendall isn’t ready for love and marriage and Arie nods and goes to tell Kendall all about it.

The Most Dramatic Bachelor Ever

Kendall defends herself and then goes to tell Krystal her deep feelings about it. Instead of being a catty monster, Kendall scoots up close to Krystal and tells her that she really empathizes with her. Kendall points out that when Krystal says mean things that it “doesn’t mean you win, it just means you hurt someone.” She adds that Krystal has a great deal of beauty in her and hopes she finds inner peace, which is so un-Bachelor like that it is shocking. However, it is not as surprising as the fact that Chris Harrison didn’t deem this The Most Dramatic Bachelor Ever.

At the chateau, Arie decides he needs more time to think it over and invites them both to dinner, which is so French. Krystal says that destiny is going to happen tonight. She prattles over dinner and Kendall nods and smiles politely. Arie has a moment of emotional intelligence and clarity and gives the Date Rose to Kendall. Arie thanks Krystal for her time, tells her that the producers finally said it was okay to kick her off, and leaves her sitting at the table soaking in her solipsism, while he and Kendall ride to the top of the Eiffel Tower. Back on the boat, the women pop champagne as Krystal’s bag is dragged away.

Date with a Stranger

Because every Bachelor episode needs more dates, Arie invites Jacqueline on a tour of Paris. Who is Jacqueline? No one seems quite clear on that.

Jacqueline and Arie go shopping and then to a beautiful restaurant where, even though this is their first date, Jacqueline lays out her six-year plan to get a PhD in somewhere that is not Scottsdale. Arie then admits that some of the women are too intelligent for him, and everyone in America nods in agreement, momentarily knocking the Earth off its axis. Then he hands Jacqueline a rose and says, “I really really really like you,” and hopefully Carly Rae Jepsen just earned some royalties.

Arie handed out three roses before the ceremony, so there are only three roses to hand out. Tia gets the first one, followed by Seinne. Then it’s the Final Rose and Arie hands it to Becca, sending Jenna (who?) and Chelsea home. Jenna pretends that she still thinks Arie is great even though he sends her off with nothing more than a cordial hug. He takes Chelsea out into the hallway for a moment alone before sending her home to her kid. 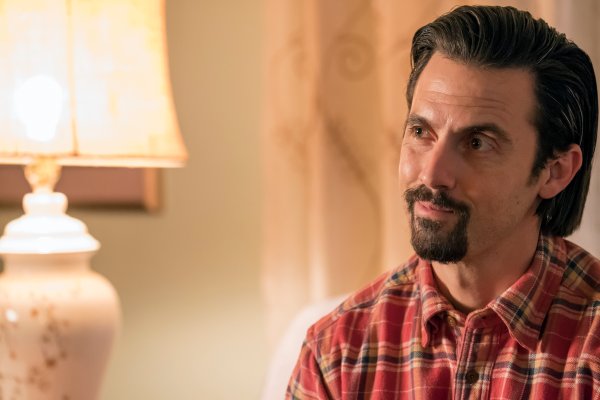 3 Real-Life Fire Safety Lessons From Jack Pearson's Death on This Is Us
Next Up: Editor's Pick