'This Is Us' Finally Revealed How Jack Pearson Died. Here's What a Doctor Says You Should Know About the Condition

Spoiler alert: Last night on the hit TV show This Is Us, viewers finally learned how one of the main characters, Jack Pearson, dies.

After waking in the middle of the night to a fire in his home, the father of three helped his wife and children escape, rescued the family pet and managed to retrieve important family heirlooms from the burning building. But later, at the hospital, Jack went into cardiac arrest as a result of smoke inhalation. “It was catastrophic, and I’m afraid we’ve lost him,” a doctor told Jack’s wife, Rebecca.

When relaying Jack’s death to his best friend Miguel, Rebecca later referred to it as “a widowmaker’s heart attack.” Online searches for the phrase spiked more than 5,000% in the hours after the episode that revealed Jack’s death aired, and some viewers took to social media to tell their own stories about loved ones who had died from—or survived—similar incidents.

But what exactly is a widowmaker’s heart attack, and was the show’s portrayal accurate? To find out, TIME spoke with Dr. Richard Katz, director of the George Washington University Heart and Vascular Institute. Here’s what he says people should know about heart disease, sudden cardiac arrest and the causes of major heart attacks.

What is a widowmaker’s heart attack?

When doctors use the term “widowmaker” to refer to a heart attack, they usually aren’t talking about damage caused by smoke inhalation. Although it’s not a technical term, it usually implies a blockage of the left anterior descending (LAD) artery—the largest of the three arteries providing blood to the heart, also sometimes called the widowmaker artery.

The term is used because these types of blockages are very often fatal. “A widowmaker heart attack occurs when that artery suddenly goes from 80% or 90% narrowed to 100% narrowed,” says Katz. “It happens very quickly, and suddenly you’re depriving a large chunk of that heart muscle from oxygen.”

This triggers a very fast, life-threatening heart rhythm called ventricular fibrillation, which causes people to collapse from sudden cardiac arrest. “Sometimes this is transient and people wake back up,” he says. “But when the blockage occurs in the LAD, sadly this is when we see sudden cardiac death much more often.”

Blockages in the LAD artery occur when plaque builds up over time. A poor diet and sedentary lifestyle are often big contributors, but widowmaker heart attacks can also occur in seemingly healthy people without warning. Genetics can also play a role.

Can smoke inhalation cause a widowmaker’s heart attack?

It’s possible that a sudden stressful event can contribute to this type of heart attack, says Katz, if a person already has an underlying blockage. (On This Is Us, doctors explained to Rebecca that smoke from the fire put a tremendous amount of stress on Jack’s lungs and his heart, which caused him to go into cardiac arrest. The character had no known history of cardiovascular problems.)

“Smoke inhalation is going to decrease oxygen to the body, which would cause the heart to work harder,” Katz says. “If the heart is already struggling to get blood through a tiny pinhole, it could definitely degenerate into a life-threatening situation.” The same thing could also happen during other stressful situations, like during strenuous exercise or while shoveling snow, he says.

It’s also possible that Jack did not have an underlying blockage, and the show simply chose to broaden the application of the term “widowmaker”. There are other ways smoke inhalation can cause cardiac arrest and death without actually blocking blood flow to the heart—the technical definition of a heart attack.

“In a sense, the word ‘widowmaker’ could refer to any form of sudden cardiac death, because essentially that’s what it’s doing,” says Katz. “Did his situation fit this very specific anatomical description? Did they do a catheterization to see if he had a blockage? We don’t know, but either way his wife is still a widow.”

What are the signs of a widowmaker heart attack?

People with a blockage in their LAD artery may experience chest pain or tightness, and dizziness, fatigue, or shortness of breath during physical exertion. Unfortunately, however, there are sometimes no obvious signs until a heart attack occurs.

Signs of a heart attack include arm and chest pain, sweating and indigestion or nausea. In the case of a widowmaker heart attack, however, cardiac arrest—and loss of consciousness—almost always happens very quickly.

Can people recover from a widowmaker heart attack?

But some people do make full recoveries. One important factor in whether a person survives is access to prompt medical attention—specifically, a device that can shock the heart back into its normal rhythm so it can continue pumping blood. (In the case of a massive blockage, surgeons will still need to operate on the artery, as well.)

Last February, celebrity fitness trainer Bob Harper suffered a widowmaker heart attack while working out at his gym. He credits bystanders who quickly jumped into action, performing CPR and using the gym’s automated external defibrillator (AED), with saving his life.

When a person goes into cardiac arrest in the hospital, the medical staff usually attempts resuscitation with a defibrillator, as well. That’s another way This Is Us may not have been entirely accurate in its portrayal of events, says Katz: For a young and healthy person like Jack, doctors would have likely spent longer trying to restart his heart than the minute or two Rebecca was out of the room making a phone call.

“You couldn’t really show this in an hour-long television show, but in real life the doctors would not stop after just three or five or ten minutes,” says Katz. “When someone goes into cardiac arrest in the hospital, we shock the patient, we do CPR, and it can go on for 40 minutes or longer. Everyone jumps in, and we don’t give up quickly or easily.” 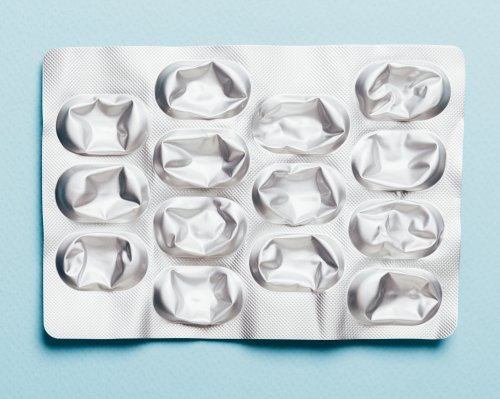 The 'Right-To-Try' Bill Has Passed Congress. Here's Why Doctors Are Concerned
Next Up: Editor's Pick