Spoilers ahead for This Is Us.

NBC’s This Is Us, America’s highly-watched primetime tearjerker, finally revealed how a house fire killed one of its main characters, Jack Pearson, in a post-Super Bowl episode Sunday.

This Is Us had been teasing Jack’s death over the course of its two seasons, dropping breadcrumbs and twists that kept viewers agonizing over what exactly happened. Before Sunday night’s episode, fans knew the fateful fire was sparked by a faulty Crock-Pot slow cooker and the Pearson house’s smoke detectors needed a battery replacement. The final piece of the puzzle revealed on Sunday — the actual cause of Jack’s death — showed that the Pearson patriarch died from a heart attack caused by smoke inhalation after he went back into the house to rescue the family dog, Louis.

This Is Us storyline has prompted conversations about fire safety, from ensuring smoke detectors are working properly to knowing not to reenter a blazing building. We spoke to U.S. Fire Administrator G. Keith Bryant about what fire safety tips people should glean from the show.

“The most common thing you will see in a fatal house fire is the lack of a working smoke alarm,” Bryant told TIME. “I don’t think you can check them enough.”

Even fire departments took on the importance of smoke detectors — as a tie-in to the fire department of Encinitas, Ca. started a “Fire Safety Challenge” on Twitter in a move to get people to check their smoke alarms and share photos online.

Bryant said every house should have at least one smoke detector in between the kitchen and bedrooms, and recommended placing alarms outside of every bedroom door. Multilevel houses should have a smoke alarm on every level, he said. To further avoid the spread of fire, Bryant said people should keep their bedroom doors shut as well.

Smoke detectors should be tested frequently — at least once a month, according to the U.S. Fire Administration. And smoke detector batteries should be replaced twice a year.

House fires are most commonly caused in kitchens, according to the U.S. Fire Administration. From 2006 to 2015, about 50% of fires in residential buildings were caused by cooking.

According to Bryant, most house fires are caused by the misuse of appliances, typically when they are old and wearing down. So, the Pearsons probably should have replaced their hand-me-down Crock Pot with its tricky switch. But most kitchen fires tend to stem from the stove, Bryant said, because if left on, they can cause a nearby object to catch aflame.

Don’t go back into a burning house for anything

On This Is Us, Jack’s daughter Kate blames herself years later for being the reason why her dad went back into the house to find the dog. But that final act of heroism is actually quite common, according to Bryant.

Residential fire victims have often returned to the burning structure to rescue a pet or another loved one, and died from smoke inhalation which causes carbon monoxide poisoning, Bryant said.

Reentering a burning building is one of the biggest mistakes a person can make, despite every instinct telling one to do so. “We understand that people are very attached to their pets. But that’s just not something we can recommend — to go back in and try to rescue their pet,” Bryant said. “Once you get out, stay out.” 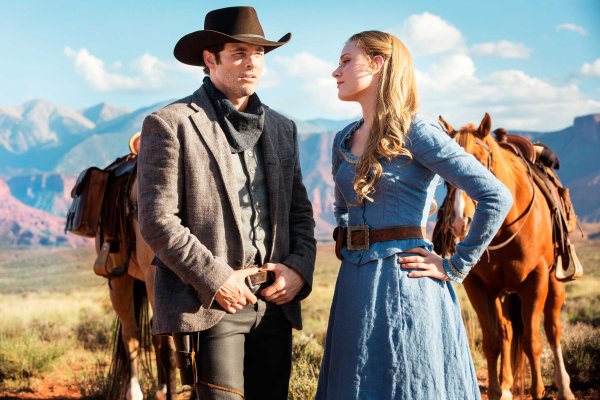 Westworld Is Returning to Be Your Spring Obsession. Here’s What to Know Now
Next Up: Editor's Pick