A propaganda flier from North Korea marking the start of the 2018 Winter Olympics that was found in Seoul is seen in this undated handout photo.
NK News/Handout—Reuters
By Joseph Hincks

Flyers bearing North Korean propaganda were discovered Saturday in the mountains near Seoul, Reuters reports, citing a North Korea specialist news website, urging people to welcome their “guests from Pyongyang” as the Winter Olympics draw near.

North Korea will be represented at the games by a delegation including the country’s ceremonial head of state, a pop music icon and 12 ice hockey players who will join the South Korean women’s squad.

Kaesong may refer to the now-shuttered industrial park just north of the Demilitarized Zone, or DMZ, that separates the North from the South.

Mount Kumgang was a joint tourism venture, mothballed in 2008 after a North Korean guard shot a South Korean tourist there.

Read more: High Hopes for Talks as North Korea Prepares to Send a Top Official to the Olympics

According to Reuters, the leaflets were likely dropped from balloons — a delivery mechanism Seoul also uses to dispatch foreign news and other propaganda north of the DMZ. 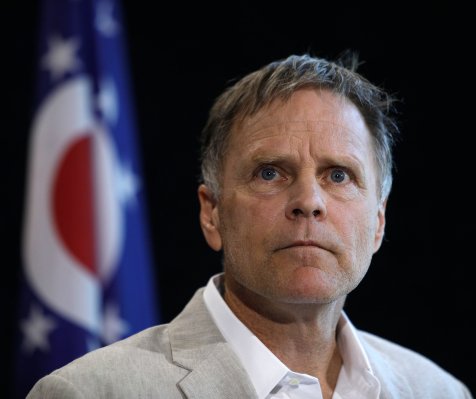 Otto Warmbier's Father to Attend Olympics
Next Up: Editor's Pick