What to Eat (and Drink) When You Have the Flu

When you’ve got the flu, the only true cure is rest and time—there’s no food or drink that will magically make your symptoms go away. But making sure you’re staying hydrated and eating nutrient-rich foods can help ensure you don’t feel any worse than you already do and may help ease your discomfort and get you back on your feet faster.

Because you may not feel like eating much at all when you’re under the weather, we asked two nutritionists about foods and beverages that go down easy and pack the biggest immunity-boosting, symptom-soothing benefits. Here’s what they recommend–based on research and on their own experiences–adding to your sick-day routine.

“Staying hydrated is the most important thing when you have the flu, especially if you’re running a fever and sweating, or you’re having trouble keeping food down,” says Denver-based nutritionist Jessica Crandall, a spokesperson for the Academy of Nutrition and Dietetics. Making sure you’re drinking water is the simplest solution, she says, but adding an electrolyte-rich sports drink or coconut water to your rotation can help guarantee you’re replenishing sodium and potassium as well as fluids.

A flavored beverage may be more appealing than plain water as well, and it might encourage you to drink more. Nutritionists often advise against sugary sports drinks for people who aren’t expending a lot of energy while working out—but if you’re not feeling up to eating solid foods, this may be the easiest way to get in some much-needed calories.

Another way to stay hydrated is to sip on hot tea. “The flu usually involves upper respiratory symptoms, and drinking warm or hot liquids can help open airways,” says Rena Zelig, assistant professor of nutritional sciences at Rutgers University. “It may also feel better to drink than room-temperature water.”

Zelig recommends green tea, which is higher in antioxidants than its black counterpart. Adding a little honey may help soothe sore throats and relieve coughing as well.

Chicken noodle soup’s reputation as a go-to cold-and-flu food is more than just clever marketing: Its salty broth can help hydrate and replace lost sodium, says Zelig, while the vegetables provide vitamins and minerals. The chicken itself provides protein, “which is important for healing and for getting your strength back when you’ve been sick,” she says.

Of course, chicken’s not your only protein option. “Sometimes when you’re sick, you don’t want to choke down a chicken breast,” says Crandall. “In that case, getting protein in an alternative form—a protein drink, or a more palatable food source—may be a better option.”

Plant-based proteins, like beans and peas, may not seem as dense and hard to stomach, she says. And just like chicken, they’re also delicious in warming, hydrating, easy-to-slurp-down soups and stews.

It’s important to eat a variety of antioxidants even when you’re healthy, says Zelig, to protect against chronic diseases. But when you’re sick and your immune system is compromised, it’s especially smart. “It’s not like if you stock up on fruits and vegetables you’ll get better a day sooner,” says Zelig. “But we do know that antioxidants have a role in keeping you healthy and boosting the immune system, so it’s certainly a good idea.”

Crandall agrees. She recommends choosing produce with bold colors—like bell peppers, oranges, and berries—to ensure you’re getting the most antioxidant bang for your buck. “If you’re not feeling up to eating a whole lot, you should make what you do eat really count,” she says.

You can also drink your antioxidants: Orange juice is a good source of vitamin C, which some studies suggest may help lessen the duration of colds and flu. But taking in too much might actually make you feel worse: “Your body can only absorb so much vitamin C at once, and if you have too much it can cause gastrointestinal issues,” says Crandall.

Instead of chugging large glasses of orange juice, she suggests mixing 4 ounces of juice with 16 to 20 ounces of water. You’ll stay hydrated and still get 100% of your recommended daily amount of vitamin C, without overdoing it on sugar and calories.

Another nutrient you want to get plenty of while you’re sick is zinc: Studies show that the mineral helps fight infection by regulating the immune system and that taking zinc supplements may reduce the duration of the common cold. Getting zinc from food sources may also be helpful, says Crandall, although there’s less research in this area.

Three ounces of braised beef contains around 7 mg of zinc, about half of the recommended daily value for adults. It’s rich in protein and vitamin B too, which may also help you recover fully from the flu. Other good sources of zinc are oysters and shrimp, although shellfish may not be as appetizing—or as easy to get—when you’re home sick.

“Sometimes when people have the flu, they have a lot of nausea or GI upset,” says Zelig. “If that’s the case, you want to stick to simple, bland foods that your stomach can easily tolerate.” Plain crackers are often a good bet, she says, as are the so-called “BRAT” foods: bananas, rice, applesauce, and toast.

Foods or drinks made with ginger may also relieve stomach problems associated with the flu, says Zelig. Research suggests the root is anti-inflammatory and is effective against nausea—although most studies have involved motion sickness or pregnancy, not the flu.

Look for ginger in teas or soups, or make your own healing tonic by infusing water with fresh ginger. Don’t rely on ginger ale, says Zelig, since most brands contain little or no actual ginger and lots of sugar; the carbonation may also bother sore throats and queasy stomachs.

“When you have the flu, you also want to aim for foods that will boost your energy levels—and B vitamins are a big part of that,” says Zelig. Vitamin B12 is found naturally in eggs, meat, shellfish, and dairy—but if you’re vegetarian or don’t feel like eating these heavy picks, you can also get it from fortified grains, like many breads and breakfast cereals. 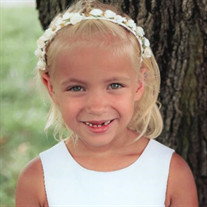 7-Year-Old Indiana Girl Dies After Being Diagnosed With Flu, Scarlet Fever and Strep Throat
Next Up: Editor's Pick