Unhappy with Punxsutawney Phil? Here Are 8 Other Groundhogs That Predicted Spring

It’s possible that you think that Groundhog Day—the century-old tradition of attaching a meteorological prediction to a rodent’s shadow—is hogwash. It is 71 degrees in Los Angeles, and 44% of California is now experiencing a moderate drought. Six more weeks of winter? California wishes.

Or maybe, you just don’t put much stock into Punxsutawney Phil, who made his 132nd prediction this year. While Phil is the most famous groundhog, he doesn’t have a great track record. There’s some discrepancy about his accuracy, AccuWeather put it as high as 80%, but StormFax Almanac has it as low as 39%.

Rather than ascribing a groundhog prediction to the whole nation, TIME took a more regional approach in its calculation. TIME looked at last year’s predictions and then the temperature reports for National Oceanic and Atmospheric Administration weather stations surrounding the groundhog’s home city. By this rating, the groundhogs can be a certain percent correct or incorrect. In 2017, Phil wasn’t the most accurate groundhog: he was only 36% correct.

Here are eight other groundhogs who, contrary to Phil’s prognostication, predicted an early spring:

Grover of Pine Grove, Pa. did not see his shadow on February 2, according to The Republican-Herald.

There are rival groundhogs in Lancaster County: Mount Joy Minnie, like Phil, saw her shadow, but Octorara Orphie did not, Lancaster Online reported. (That makes the Pennsylvania groundhogs split Phil and Minnie vs. Grover and Orphie, for those of you keeping score.)

Wally in Raleigh says spring is on the way, according to ABC 11. Last year, TIME reports, Wally had 68% accuracy, based on the temperature reports at the nearest 539 weather stations.

Dunkirk Dave did not see his shadow, according to WIBV 4. Last year, however, Dave predicted six more weeks of winter and was only 35% correct for his region, according to TIME.

Not only does Pierre C. Shadeaux have the best name, but he also predicted an early spring, KACT 3 reported. TIME had him with 75% accuracy for his region last year.

Chuckles IX sworn in as the state groundhog of Connecticut today and prognosticated that spring is on its way. The Hartford Courant covered his eventful swearing in, where he nearly urinated on the mayor. 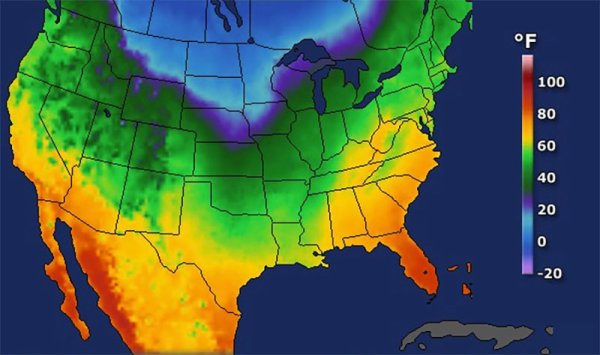 Here’s Why You’re Seeing ‘Wild Swings’ From Freezing to Really Warm Weather This Week
Next Up: Editor's Pick