Donald Trump Jr. tweeted out a typo Friday that could not have been better designed to go viral online.

Criticizing the media for its coverage of the GOP memo on the FBI written by Rep. Devin Nunes, the younger Trump attempted to refer to the Washington Post slogan “Democracy Dies in Darkness,” mangling it in two ways.

First, he called it a byline — actually, the word for the author’s name on a piece — and then he mistyped darkness.

Dankness, which used to refer to cold and damp places, was later adopted by pot smokers to describe high-quality marijuana and then became an ironic term for viral jokes online that are past their prime. In 2016, “dank memes” about the presidential candidates became something of a cottage industry, adding another layer to the weirdness of Trump Jr.’s tweet.

“Ha just noticed the spelling. Honestly, if you’re going to make a typo that’s a good one. #dankness,” he tweeted later.

By then, the internet had already taken off: 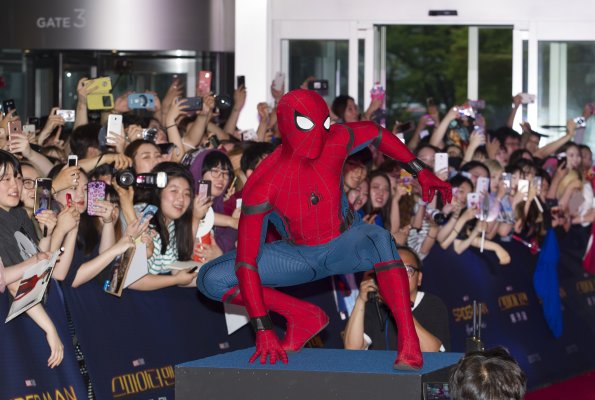 A Spider-Man Just Surprised Everyone With Heroic Dance Moves
Next Up: Editor's Pick