A female plane passenger was charged on Thursday after she had to be restrained with duct tape and zip ties following an attack on three crew members during an American Airlines flight bound for Charlotte, N.C., on Wednesday morning.

The FBI said that Charlene Sarieann Harriott, 36, had been sitting at the rear of the plane from Dallas/Fort Worth when she made a dash for the cockpit, just as the plane was touching down.

Members of the crew gave chase and managed to restrain Harriott in the first-class area of the plane. She then “became more aggressive and physically violent toward the flight crew,” and flight attendants restrained her with duct tape and zip ties.

Three members of the crew had to visit American Airlines’ onsite medical clinic following the flight, after Harriott lashed out, kicking and hitting attendants, and puncturing the skin of one crew member’s arm when she bit them.

Harriott is being held in Mecklenburg County Jail, Charlotte, on three counts of assault and battery. 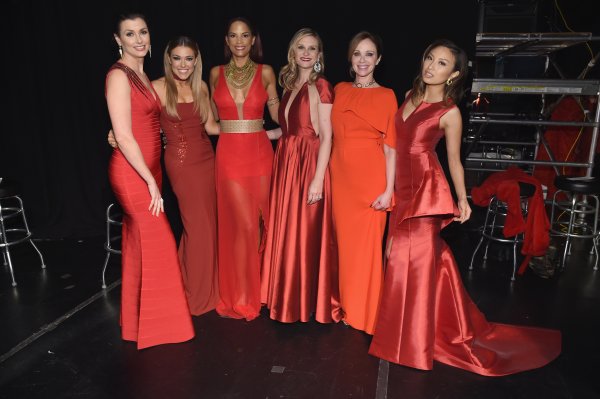 Today Is National Wear Red Day. Here's Why People Are Dressing Up
Next Up: Editor's Pick